Tumblralt is a Tumblr alternative from engineers within Tumblr community

But then, new names started cropping up. Pillowfort, Suffra, Explicitr, Dark Cloud all got added to our detailed list of Tumblr alternatives recently. And now, we got tipped about another platform aiming to become a Tumblr replacement.

@PiunikaWeb https://t.co/myMztDxN5W is another tumblr alternative

If you try accessing the website, you’ll see nothing but the following message on its home page:

As you know, Tumblr has decided to wage war against freedom of expression due to the misguided actions of a few. We, a group of talented engineers from within the Tumblr community seek to create a space sans the binary thinking that has left us to no longer have a place to express ourselves freely. Sign up below and find out when we launch

So you see, the platform is being built by engineers from within the Tumblr community. As clear from the home page, at present, the platform isn’t ready. Those interested can leave their email address in that subscribe below in order to know when the launch happens.

Though there is no concrete information available, I am somehow getting the feeling that Tumblralt is that new, secret Tumblr alternative that we talked about a few days back. Reason being, information related to that platform was being spread on Tumblr itself, and Tumblralt is being built by some members of the Tumblr community. So there could be a link.

For your reference, here are the leaked screenshots containing information related to that secretive platform: Coming back to Tumblralt, sadly, there’s nothing known about the platform as of now (apart from what that home page message says). We Googled a bit about Tumblralt and could only find a newly created Reddit profile which has been leaving links to tumblralt.com on Reddit threads discussing about Tumblr alternatives.

So it looks like promotions for the platform have just begun. Anyway, we have reached out to the Twitter profile which tipped us about Tumblralt, and will update the story as and when we have more information on the platform. 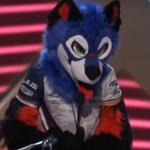