After Tumblr’s announcement of adult content ban, NSFW artists and explicit content creators are aggressively looking for alternative platforms. We have already compiled an exhaustive list here. And now, we have some more news on this front.

Dark Cloud, a service that provides a digital sales platform for adult content, has announced it’s launching a new tool aimed at Tumblr users planning to migrate to new platforms. Dubbed Tumblr Converter, the tool will allow users to convert their Tumblr account to a Dark Cloud profile.

The live ticker on the tool’s announcement page – screenshot of which we’ve shared above – suggests Tumblr Converter will be launched in over 4 days from now.

According to reports, the tool will be very easy to use – you just have to enter your Tumblr blog URL and the tool will take care of the rest, giving you a Dark Cloud profile as output.

Here’s what Dark Cloud’s head of IT Greg Ninke said on this initiative:

We are big believers in freedom of speech and freedom of expression. While we respect Tumblr’s decision to eliminate all adult content from their platform, we are happy to step in and provide that market segment with a high quality alternative

Post the Tumblr’s announcement, many alternatives have come to light. Newgrounds, which is as old as 20 years, said there has been a massive spike in new users on their platform ever since Tumblr banned adult content. Then there are platforms like Pillowfort and Suffra, which are not even available for public use yet, but are still latching to this business opportunity. 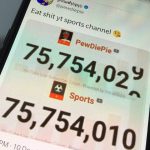 Another controversy as PewDiePie overtakes YouTube Sports in subscribers 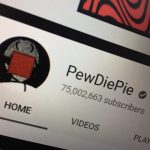