IST 04:40 pm: Xiaomi has kick-started recruitment for Android 12 beta testers in Thailand, Malaysia, and Vietnam. Currently, recruitment is only open for users with the Mi 11 Ultra, Mi 11, and Mi 11i.

IST 10:18 am: Xiaomi is rolling out the Closed Beta of MIUI based on Android 12 for users of the Xiaomi CIVI and Mi 10 Ultra in China. 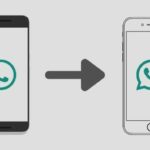 Want to Transfer WhatsApp Chats From Android to iPhone? Here's the best way