The first Android 12 Developer Preview went live back in February this year. Sure it was pretty barebones at the time and wasn’t too different from Android 11, but fast forward to now, and the update has turned out to be one of the most major updates in Android’s history.

A few months later in May, Android 12 was stable enough to come out of its developer preview state and hopped on to the beta stage, thus opening up the opportunity for other OEMs to participate in the testing process as well.

Xiaomi is one of the world’s most popular smartphone companies, thus their participation in the program was only natural. The OEM released Android 12 Beta 1 for several of their devices including the Xiaomi Mi 11 Ultra.

However, Android 12 builds released as part of the program were pretty barebones, provided a stock Android experience, and weren’t layered atop with MIUI.

This changed when a report popped up showing that Android 12-based MIUI builds started for the Xiaomi Mi 11 Ultra/Pro. The info was pulled from Xiaomi’s own MIUI update release servers (bigota, hugeota).

But of course, the builds in question weren’t really public releases and were being tested internally by the company. This seems all set to change now as per a report from Xiaomiui that says MIUI builds based on Android 12 are set to be released for the following devices:

As per the report, the info has been derived from the starting of “the topic of Android 12 for these devices in Mi Community China”.

While not exactly clear, the Android 12-based MIUI builds for the Xiaomi Mi 11, Mi 11 Ultra, and Redmi K40 Pro (Mi 11X Pro) could be open Chinese betas. However, that’s a bold assumption and should hence be taken with a pinch of salt. Do note here though that if they indeed go live in the next couple of months or so, they would still be layered with MIUI 12.5 atop since MIUI 13 has now been said to go live only at the end of the year.

Regardless, be sure to keep an eye on our dedicated MIUI 13 and Android 12 update trackers so that you do not miss out on any similar new and exciting news about Xiaomi’s next big software upgrade. [Update: Optimizations being worked upon] MIUI 12.5 users complain of dark mode compatibility issues with apps like Messenger & Snapchat, no official fix in sight 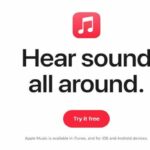