Android 12 has been under development for quite some time now. It made its first appearances in the form of conceptual screenshots back in February when a purported draft of a document made by Google was leaked.

Following a period of Google Pixel-only Developer Preview trials, the Android 12 beta program was kickstarted last month opening up an avenue for other OEMs to participate as well.

With Xiaomi being one of the most popular smartphone OEMs on the planet, it was quite obvious that they would partake too. The OEM released Android 12 Beta 1 for several of their devices including the Xiaomi Mi 11 Ultra.

However, Android 12 builds released as part of the program were pretty barebones, provided a stock Android experience, and weren’t layered atop with MIUI.

This is set to change soon though as the trusty Xiaomiui Telegram channel just shared that Android 12-based MIUI builds have now started for the Xiaomi Mi 11 Ultra/Pro.

The info has allegedly been pulled off Xiaomi’s own MIUI update release servers (bigota, hugeota) so it’s as official as it can get.

Not too much information has been provided at the moment and it’s still unknown whether the Android 12 development in question pertains to MIUI 12.5 or MIUI 13.

But judging from the fact that we already have got plenty of stuff to hint that MIUI 13 is under development, it is not unsafe to assume that it indeed is related to MIUI 13.

Of course, the Android 12-based MIUI builds in question will be limited to internal testing in China initially, so any download links are out of the question right now.

However, we should be seeing the Mi 11 Ultra as one of the first Xiaomi devices to get treated to Android 12 when the OS version goes ripe, so stay tuned to our Android 12 update tracker. 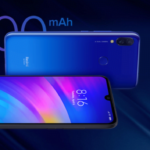