Google is on the verge of releasing the stable Android 12 update for the Pixel devices. Meanwhile, the other OEMs are working hard on their respective custom skins based on this latest generation Android OS.

Just like the previous year, Google also offered other brands to participate in the beta program and test the Android 12 beta on their topmost devices.

As such, Xiaomi came up with the most number of devices in the Android 12 Beta 1, as compared to any other non-Google OEM. Initially, Xiaomi started the Android 12 testing with Mi 11 and Mi 11X series.

Later on, the company decided to include more smartphones to be part of Android 12 and started the testing for Mi 10 series, Redmi K30 Pro/Poco F2 and more.

However, Android 12 testing was only available in China for select users and mainly developers. At the time, global users didn’t get a chance to test the new Android OS back.

As per the latest information, Xiaomi has now announced the stable Android 12 tester recruitment for the global market. The company is looking for interested users who want to experience the new Android system ahead of official rollout.

At the initial stage, the brand is recruiting testers for top-end models in the Mi 11 series which includes Mi 11 Ultra, Mi 11, and Mi 11i on global ROM.

Interested users can apply to become testers using the link here. Also, they need to join the following Telegram group to stay updated.

There are some points that you need to be careful of before applying. Each of the above-mentioned models can only have 200 recruits on a basis of first-come, first-served.

Moreover, you need to fill in your details carefully otherwise your application might get rejected. And lastly, take a backup of all your important data before updating to avoid data loss.

Furthermore, there are some eligibility criteria to be fulfilled for those willing to test the Android 12 stable ROM. Xiaomi has mentioned all those in its official announcement.

Looking at the announcement, the company may also include more devices for testing Android 12 in the future. But currently, it is limited to these three models of the Mi 11 lineup.

This announcement indicates that the Android 12 update for Xiaomi devices could be around the corner. Other OEMs such as Samsung and Oppo have already announced their next version of custom skins, so it was about time Xiaomi did the same.

We will let you know more regarding Xiaomi’s Android 12 update as soon as any new information arrives, so stay tuned.

Make sure you follow our Xiaomi Android 12 update tracker to get all the latest insights.

05:38 pm (IST): The link to apply for the stable testing program was unfortunately broken. Luckily, the correct link is here now and you can apply to become a stable tester by heading here. 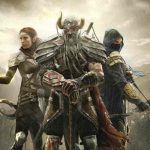