IST 1:31 pm: Realme UI 3.0 brings with it a ton of new features to eligible devices. These include themes that are dependent on the wallpaper akin to the whole Material You design.

IST 11:52 am: The early builds of Android 12-based Realme UI 3 for the Realme GT is now available in China and interested persons can register here. 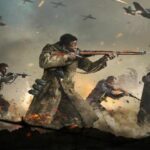