Realme was one of the first OEMs to release Android 11 in the form of a beta build. Being the company’s 2020 flagship, the Realme X50 Pro got the beta update soon after Google began the public beta program.

After a few months of beta testing, the stable update finally started rolling out in December. Since then, Realme has also kick-started the Realme UI 2.0 Early Access program for a handful of devices.

While Realme had shared its Early Access timeline, the company failed to provide any details regarding the availability of the stable update for these devices.

However, it appears that Realme support has finally shed some light on the availability of the stable Realme UI 2.0 update, at least for the Realme 7 Pro.

An individual has shared a screenshot of what appears to be an alleged conversation between them and Realme’s customer service.

In it, the customer service agent has claimed that the Realme UI 2.0 stable update for the Realme 7 Pro is scheduled to be released by March 21, 2021.

Prior to this, the company did not divulge any details regarding when we can expect to see the stable update on the device.

If true, it’s likely that the stable Realme UI 2.0 update based on Android 11 will also go live for the Realme Narzo 20 along with the Realme 7 Pro since the two devices got the beta update around the same time.

Having said that, we will continue to track all developments regarding the availability of the Realme UI 2.0 (Android 11) update for the Realme 7 Pro and will post an update once new details surface.

In the meantime, stay tuned to our dedicated tracker to know more about the status of Realme UI 2.0 for all eligible devices from the company.

06:12 pm (IST): Madhav Sheth, the company’s CEO, has confirmed that the Realme UI 2.0 update will be rolling out for the Realme 7 Pro soon. Head here for more details.

01:22 pm (IST): Realme support has denied all the claims related to the March 21 stable release of the Android 11 update for the Realme 7 Pro. 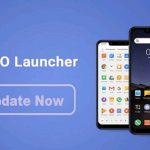 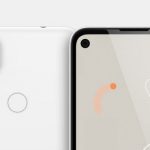