Poco entered the smartphone market with its ‘flagship-killer’ Poco F1 back in August 2018 and created quite a stir because of the inclusion of a flagship-grade processor at a never-before price.

The device turned out to be hugely popular, selling over 2 million units, and propelled the Chinese brand to success in no time. Subsequently, Poco has only strengthened its foothold over several markets and continues to expand. With excellent value-for-money offerings like Poco C3 and Poco M2, it’s clear that Poco is only going upwards from here. This is especially apparent in the Indian market, where it recently bagged the no.3 spot in terms of online shipments.

Following the success story, Poco announced last year that they will be splitting from Xiaomi and becoming an independent brand.

And in February 2020, the company launched its first phone as an independent brand, the Poco X2, which is still considered one of the best value-for-money phones to buy to this date.

Since then, the company has now been focusing more on the budget segment and has launched plenty of devices like the Poco C3 and Poco M3 which too ended up selling like hotcakes.

That said, while the company has continued nailing the hardware front of every offering of theirs, there is still plenty of scope for improvement left at the software end.

Android 11 recently hit plenty of Poco phones bringing with it a plethora of exciting new features along with a bunch of unwanted guests as well – in the form of bugs and issues.

These bugs have continued to bother many and while many of them get fixed quickly enough with updates, many new ones are introduced with each passing day as well.

Hence, it was important to document such occurrences and track each and every one of them for new developments. These new developments may be in the form of workarounds or fresh bug-fixing updates.

These will be made available via updates to this article.

04:16 pm (IST): The Poco X3 NFC only recently got the Android 11 update but there’s now a bunch of complaints of random reboots doing rounds already. For a workaround and more details, head here.

05:52 pm (IST): The Android 11 update on devices like the Poco X3 and Poco F2 Pro has broken the 3-finger screenshot gesture but the issue has been acknowledged.

05:52 pm (IST): Multiple Xiaomi and Poco users have complained about disappearing MIUI 12.5/12 or Android 11 update notifications and here‘s all there’s to know.

05:52 pm (IST): The Poco M2 Pro Android 11 update reportedly does away with the split-screen feature. Gestures with third-party launchers also no longer work. Perhaps, the upcoming MIUI 12.5 update will be addressing these issues. 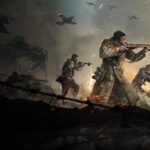