Xiaomi and Poco devices are well known to be among the most feature-rich Android devices, thanks to MIUI. The Android software skin recently got updated to MIUI 12.5 and has seen plenty of improvements over MIUI 12.

After a bug-infested MIUI 12 based on Android 11, MIUI 12.5 sure did come as a relief with fixes for some of the most commonly faced issues like a broken notification layout and more.

However, MIUI 12.5 is still far from perfect and plenty of bugs introduced with the Android 11 update for Xiaomi and Poco devices have seeped through to it.

A couple of days ago after an update, the function of taking screenshots using three fingers is no longer working. It’s enabled but after the gesture nothing happens. Is there anything I must check in my phone in order to make it work again? I suspect it can be related to permissions, but I don’t know what to check.
Source

Slide 3 finger screenshot is not working. I tried to turn it off and on again to no avail. Restarted the phone, nothing. Only volume down and power key take screenshot and I can’t turn off that option in the settings. It’s greyed out.
Source

This happens even after it’s turned on from the Settings. Swiping down on the screen with 3 fingers now yields nothing.

While most users have blamed Android 11 for the issue, there are also plenty of complaints saying that the culprit is the recently released MIUI 12.5 update.

Either way, the broken 3-finger screenshot issue that has affected both Poco and Xiaomi devices has now been acknowledged by a Mi Community moderator.

As clear from the above, the issue has already been reported to the developers who are now probably investigating it as we speak.

While the acknowledgment is for the Xiaomi Redmi Note 9S, it is likely that the bug will soon be fixed for other affected devices as well with a future update. 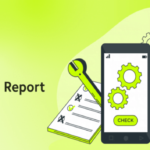 [Update: Acknowledged] Poco X2/Poco M2 Pro Widevine L1 reportedly lost for some users after recent updates, but there is a possible fix