Xiaomi kept its place in the top 3 list of leading smartphone vendors in the world following the release of Q4 2020 data by Counterpoint Research, coming behind Apple and Samsung.

It’s known that the sheer number of devices shipped contributes largely to this success. But over the recent past, Xiaomi has also stepped up its efforts in terms of end-user experience.

Of course, there is always some more room for improvement regardless of how the steps one makes in life.

For instance, the company is now among the fastest to roll out Android 11 update to its devices, at least for the non-Pixels. As of this writing, about 10 Xiaomi devices already bagged the stable update.

Among them are Xiaomi Mi 10, Mi 10 Pro and Poco F2 Pro, some of which have even gone further to receive incremental builds over the initial Android 11 firmware.

Usually, such incremental builds are meant to iron out any major and minor bugs that might have mistakenly seeped through the testing phase and into the stable channel.

But in the case of the Mi 10, Poco F2 Pro and other Xiaomi devices that already bagged the update to Android 11, there seem to be an annoying issue that just won’t go away easily.

I just updated my F2 Pro to this newer version of MIUI but it seems that it totally killed recent apps button if you use for example Nova launcher. Recent apps works just fine when using Poco launcher. Also in 12.2.2.0 full screen gestures stopped working when using Nova launcher.
Source

Using a Mi 10, i received the stable MIUI 12.2.4.0 a couple days ago. Now, today i turned it off and on again, and my screen gestures completely stopped working. I’ve tried the POCO launcher and default launcher (usually use the default one) but it does nothing. Please help, thanks!
Source

Various social media platforms and device forums are awash with reports from affected owners of the Mi 10, Mi 10 Pro, Poco F2 Pro and other devices airing their discontent with the update to Android 11.

Besides the usual bugs that accompany major OS updates, it appears that device owners are no longer able to enjoy the goodness that comes with support for Android 11 full screen gestures.

Apparently, this issue is currently limited to third-party launchers like Nova and even the Poco Launcher, the latter only affecting devices that come pre-installed with the default MIUI System launcher.

While Xiaomi has yet to make any official statement on this, it is now emerging that turning to the default system launcher is the working solution for this issue.

Several users have been able to fix the full screen gestures issue after the update to Android 11 by simply using the default launcher, but one also needs to disable the app drawer and App Vault if need be.

Since this is by no means an official fix, we wait for Xiaomi to make the official fix available. We will keep an eye on this development and let you know when that happens.

05:07 pm (IST): A moderator has now confirmed that Xiaomi has indeed dropped 3rd-party launcher support by breaking gestures with the Android 11 update: 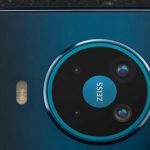 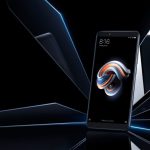