Many top Android OEMs have been steadily working on their respective Android 11 custom skins and we have been closely following that development in our Android 11 tracker.

While some OEMs have already managed to roll out stable versions of their Android 11 skins to eligible devices, Xiaomi too is working hard towards the same and you can check out the company’s Android 11 progress here.

Some of the devices from Xiaomi that are currently running Android 11 include the Poco F2 Pro and the Xiaomi Mi 10.

However, we know that no piece of software is perfect and these two devices are no exceptions as users have been reporting bugs and issues on their Android 11-running Mi 10 and Poco F2 Pro devices.

In line with that, Xiaomi has just published its weekly bug report that documents some of the more pressing issues faced by testers and their status.

According to the bug report, users of the Poco F2 Pro and Mi 10 running early builds of Android 11 on their devices in India are facing an issue with the device’s SIM recognition.

This issue is present in builds:

According to Xiaomi, the issue occurs Randomly as the XML file is not updated which will be used in the initialization, so phone can’t fully scan the File directory.

The issue has since been looked into and the optimizations have been merged to the stable build.

Another issue afflicting users of these devices that are using Android 11 surrounds their ability to share files in the Gallery app.

Affected users are running either of these two builds on their devices:

This issue, according to Xiaomi, is caused by the Dark mode feature on the devices and as it has been brought to the OEM’s attention, the fix has already been merged to the stable build. The bug report also goes to list some issues reported by users of the Redmi Note 9 Pro. According to reports, the device reboots randomly.

Users reporting this issue note that the affected builds include versions:

This issue, Xiaomi says, has already been forwarded to Qualcomm and the chipmaker has released a new case for this issue so they’re working on it.

This kind of openness is commendable as it ensures that users are always in the loop on the status of the bug fixes to their devices. We can only hope to see more OEMs doing the same. 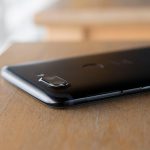