After Wear OS almost going obsolete thanks to Qualcomm’s poor hardware, Samsung is back to clean up the mess, this time with the new Wear OS 3, Google’s biggest Wear OS revamp in years.

For those who don’t remember, Samsung used Google’s Android Wear in its early days before switching to Tizen. And the Galaxy Watch 4 is now the first to come pre-installed with Wear OS 3.

Previously, Wear OS has had to rely on fashion brands to stay afloat, but with Samsung on board Google now has a serious hardware company that should help pump some fresh air into the ecosystem.

While Samsung may be getting all the attention right now, plenty of what’s happening in Wear OS ought to be credited to Google as well.

The search giant, after years of basically neglecting its smart wearable platform, is finally back at its best. In fact, Wear OS users have read more important news in the last 3 or so months than in the last 3 years.

To recall, Google renamed Android Wear to Wear OS back in 2018, promising some significant changes to a platform that had largely been neglected. But until a few months ago, little progress had been made.

The 2018 update to Wear OS 2.0 represented a significant leap, with things like the ability to swipe left/right to access the Assistant and Google Fit included as major highlights.

Of course, the only other big announcement was the hardware upgrade from Qualcomm’s Wear 2100 to Wear 3100, which to be honest wasn’t as big as many would have wanted.

Besides the news of Google buying Fitbit, the following year saw a further drop in Wear OS activity, with the introduction of Tiles alongside a few smartwatch launches like Xiaomi Mi Watch and TicWatch Pro 4G the only major highlights.

Last year, the COVID-19 pandemic nullified everything, meaning even less happened in the Wear OS world. In June, new Snapdragon Wear 4100 and 4100+ chipsets were unveiled followed later in September by a couple of TicWatch and Oppo watches.

Google also improved the Tiles function by allowing addition of more than 5 tiles on the watch. Perhaps the most significant software-based improvement came with the H-MR2 update that promised better performance and battery life.

Earlier this year, Google launched a new touch keyboard for Wear OS devices, but it was at the I/O 2021 event in May that we started to see some seriousness from the search giant. 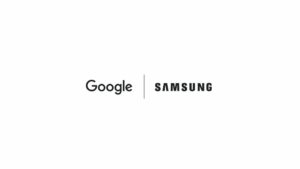 The first surprise was the announcement that Samsung will work with Google on the next edition of Galaxy Watch, the result of which is a Galaxy Watch 4 powered by Wear OS 3 out of the box.

Wear OS 3, unfortunately, will have to wait until 2022 to start rolling out to eligible watches, among them Mobvoi’s TicWatch Pro 3 series and Fossil Group’s new devices launching later this year.

Google is also integrating a bunch of Fitbit features into Wear OS platform to keep users motivated as well as opening tiles to third-party players. Over the past few months, the search giant has also expanded support for Google Pay to more countries.

The launch of the Galaxy Watch 4 also saw Google add 16 more countries to the list of supported regions, bringing the total to 27.

Unless you just came from a cave, you are probably already aware of the planned redesign to Maps and Assistant on Wear OS.

Not long ago, we also saw hints of imminent arrival of YouTube Music on Wear OS, a function that hasn’t been available since Google Play Music died a while ago.

To ensure that no one forgets it ever existed, Google will allow Fitbit to build premium smartwatches running on Wear OS in future, meaning there won’t be a shortage of options for interested buyers.

When these watches arrive, we expect to see them running the redesigned Google Play Store out of the box. Google also has plans to revamp the Messages app on older versions of Wear OS.

Heck, the attention that Google is paying to Wear OS has even sparked some much-needed activities from third-party players like Spotify, who are apparently rolling out offline listening on the platform.

As you can see, the latest 3 or so months have been full of Wear OS activities compared to the 3 years prior to that. No doubt this is good news for Wear OS, but Google needs to do more.

Despite making waves with a series of announcements, Google is still silent on a number of annoying issues affecting existing Wear OS users. These issues, for the most part, are what stand between Wear OS users and a good experience.

Unless Google comes out to address these issues, all the news from the last few months will remain useless to most existing Wear OS owners.

For instance, we’ve documented the issue where some Wear OS users are unable to add/copy Google accounts from their phones during setup. It’s also known that some Outlook users on Android have had issues receiving notifications from their work profiles on Wear OS.

Seasoned Wear OS owners will be very familiar with the various annoying Google Assistant issues that haven’t been properly fixed to date, if these issue tracker threads [1, 2, 3] are anything to go by.

Google may also want to restore some of the useful features it removed from Wear OS as requested by users. Listening to users’ feature requests is also something that Google should look at in order to build a better community.

By closely following the experiences of Wear OS users and addressing these niggly issues, Google can easily restore the trust some had started losing in the platform.

While I really want you to be hopeful, I doubt that Wear OS 3 will fully address these issues. What is obvious, though, is that Google needs to do something since many have spent money on these devices, yet they have multiple bugs that haven’t been fixed in years.

If anything, Google needs to address these bugs and many others outlined in the issue tracker before Wear OS can be considered a real competitor to Apple Watch. Hopefully, Wear OS 3 is just the beginning.

We’d like to hear from you, so be sure to cast a vote on the poll below and/or drop a comment in the section further down. This post will be updated after a week with the poll results.

Does the success of Wear OS 3 depend on Google addressing old bugs and issues affecting existing watches?

The results for the poll are out, with a majority agreeing that the success of Wear OS 3 indeed depends on Google addressing old bugs and issues affecting existing watches.

If you missed the poll, you can share your thoughts in the comments section on the bottom of this page.

YouTube supervised experience not working (unable to sign in) using Google Family Link? Here's what you should know