Wear OS users troubled by Google Assistant "Sorry, I can't do that anymore" error when trying to make a call

Google fixed a major issue that totally broke OK Google hotword detection on Wear OS devices earlier this month. This issue was troubling users for months and the fix came as a huge relief.

However, it has only been a couple of weeks since this fix rolled out and there’s already a new issue doing rounds in the forums. Some of these reports have been given below:

I have a fossil sports, and till yesterday I was able to use ok Google on my watch to give command “make a phone call”. This worked completely fine as my watch would make the phone call on my mobile. But from today morning, it now responds “I can’t do that anymore”.
Source

I don’t know if anyone else is seeing the same thing, but it seems that Google has somehow managed to make the assistant even worse. My Google app was recently updated, and instead of getting any fixes to issues like asking it to send a text, I’m now greeted with a message stating “Sorry I can’t do that anymore” when asking it to make a call or send a WhatsApp?!
Source

As clear from the above, users [1, 2, 3, 4, 5] are now facing a “Sorry, I can’t do that anymore” error when trying to make a call through Google Assistant on Wear OS. This bug persists even when trying to send messages via voice commands through apps like WhatsApp.

The cause of this bug seems to be a bad update as a number of users have observed that the problems began right after recent updates to the Google and Wear OS apps. 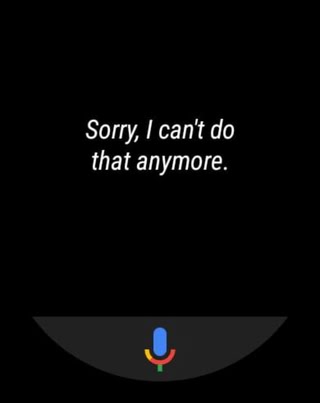 Moreover, just like last time, the issue seems to be widespread and a number of smartwatches are affected with some of them being ones from Huawei and Fossil.

There are no workarounds available as of now but thankfully, the issue has already been escalated and you can even track its progress on Google Issue Tracker.

If all goes well, the problem should vanish as soon as a fix is rolled out in the coming days perhaps in the form of app updates. We do hope that Google will be quicker this time around though.

For now, stay tuned to PiunikaWeb as we shall continue to update this article as and when new developments on the matter come to our attention. 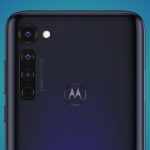