Some Wear OS users unable to add/copy Google accounts from their phones during setup, possible workaround inside

Several users that have recently reset or purchased a brand new Wear OS device are now virtually unable to use it. This is because of a fresh bug that has emerged pertaining to adding or copying Google accounts.

According to reports, copying Google accounts from the phone to a Wear OS smartwatch yields no fruit as doing so returns errors like “We couldn’t copy your accounts” or “Error 400”.

I’ve tried several ways to connect my google account to my OPPO WATCH so I can use the extra features and it either goes to a blank screen after I’ve entered my password or reads an error 400 msg.
Source

I have just bought a new Suunto 7. I have set it up several times now but I still can’t get my Google accounts from my phone the smartwatch. WearOS app either runs into a white blank page, or delivers error 400 or just says that adding accounts was not done. I have resetted my watch several times. I have emptied bluetooth information on my phone and I have cleared Google Services wearables cache.
Source

The above doesn’t always happen though as the process may also cause the Wear OS app to turn into a blank white screen without returning any error messages.

Moreover, the issue isn’t limited to a single smartwatch model as complaints have originated from users of Suunto, Fossil, Casio, Ticwatch, Huawei, Oppo and probably others as well.

Furthermore, there is no official acknowledgment from Google about the matter to date. This is only plausible though as initial reports of the issue have only begun to flow in since five or so days back.

Also worth mentioning here is the fact that several users reported that the issue disappeared for them on its own, following which they were able to login just fine.

If you are not one of those lucky users, then worry not, as several complainants were able to work around the issue by simply disabling two-factor authentication. You are free to give this a go as well.

But if that did not do the job for you then you can also try clearing data for the Wear OS, Google, and Google Play Services apps. Again, it is quite possible that Google has already fixed the issue silently. The fact that several recent comments have stated that the problem magically vanished for them testifies to this.

However, that is unclear as of now because there is still no official word from Google.

That being said, we will continue to track the matter and update this article as and when there are any new developments. 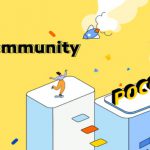