Fitbit offers a wide range of fitness trackers, from the flagship device Sense to the luxurious Luxe.

But no matter which device you lay your hands on, most of them seem to be facing some software or hardware problems.

In the last few months, we have covered a number of issues that have affected Fitbit Sense, Versa 3, and Luxe. The Fitbit developers are constantly pushing software updates that lead to multiple issues with some device functionalities getting affected.

At this point, it looks like Fitbit devices have more bugs and issues to be fixed than the features they offer. Pun not intended, of course.

On the hardware front, things do not look bright. Many users have reported their Fitbit devices are malfunctioning and also asked for a replacement or a refund. For a minute it looked like developers missed the Fitbit Ionic while rolling out buggy updates for other devices. But the latest update has made sure that it isn’t the case.

According to many users, the Fitbit Ionic is getting bricked and getting stuck on the logo screen. Users report that they are unable to charge, reset or restart their devices.

It seems that the latest firmware update is responsible for bricking Fitbit Ionic devices.

My ionic has stopped working and isn’t charging. There is a black screen. I have tired charging on different sockets and forced restart and still just a black screen and no lights on the back. Could someone help please?
(Source)

My ionic screen went blank today. I have tried all of the trouble shooting options that I’ve seen online. Is there an email for costumer support. I only saw phone or Twitter. Thanks in Advance Amy
(Source)

The company is yet to acknowledge the issue, let alone work on a fix. In the meantime, the only way to fix already bricked Fitbit Ionic devices is by replacing them.

If Fitbit continues this trend of messing up every device they have, the company might lose the majority of its loyal user base who have been buying Fitbit devices for years. 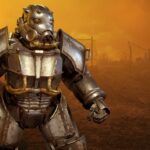