It is always exciting to see new software updates, especially the OS ones, for our electronic gadgets including smartwatches. Users of the Fitbit Versa 3 and Sense could have been feeling the same when the Fitbit OS 5.2.1 update arrived on their devices.

However, it seems that their excitement was short lived as the 5.2.1 update appears to be doing more harm than good.

As per multiple reports from the Fitbit community, those who have updated their Versa 3 and Sense to Fitbit OS 5.2.1 are facing multiple problems.

The latest update is causing issues related to sync and battery drain on both trackers whereas some existing bugs have not been fixed as well.

My battery only lasting 18 hrs max, gone from 3 days to this. It’s only worked as it should for about 2months out of 6. My partners has gone to crap too after the update
Source

Since the latest software update unless I shutdown and restart my Sense it keeps “looking”. It will sync after restarting. One problem after another, This device will never work properly during my lifetime.
Source

It is possible that the devices might be taking some time to adjust after the software update. However, this seems highly unlikely as the issues persist after waiting for some time and even troubleshooting the devices.

Since last update
– not all stats are showing daily from health metrics.
– not syncing
– battery flat within 24hrs.
This Sense is turning out to be the biggest expensive load of crap!
Source

This broke my Versa 3. It was virtually brand new and now it’s useless. It just shuts down and reboots itself over and over again. I literally got this thing two weeks ago and it’s trash.
Source

This is inconveniencing users of the Sense and Versa 3 as they feel that the devices in question have become completely useless after the Fitbit OS 5.2.1 update.

Also, users are not at all satisfied with the fact that Fitbit has not provided a proper changelog for the OS update. The changelog simply reads “This release includes bug fixes and improvements”.

This is further adding users’ dilemma as such generic changelogs provide no details about updates. Moreover, even the vendors take their own sweet time to delve into details related to bugfixes and improvements.

But I don’t find any information about the update anywhere. Anyone knows what is fixed in this firmware version, or if anything is new?
Source

On the other hand, Fitbit community admins are simply providing users with generic troubleshooting steps for their issues.

There have been no acknowledgements for any sync or battery-related problems after the update in question.

Hopefully, Fitbit takes a deeper look into these issues and releases a proper update for the Sense and Versa 3 fixing all or at least most of the problems.

NOTE: There are more such stories in our Fitbit section and a dedicated tracker for issues plaguing various Fitbit devices so be sure to follow them. 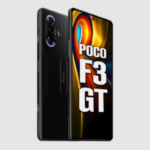