Having been delayed by a big margin, there lies a lot of patches to be filled. A company that showed positive signs at the beginning now struggles to keep its own word.

Nokia could have easily become one of the users’ favorites. With decent hardware and Android One enlisted devices, this company had every potential to capture the smartphone market.

The company, under the Android One program, offers 2 major OS updates along with 3 years of security patches. The initial few launches by the company turned out to be lucky as they were quick to receive the promised updates and now nears the end of the support to conclude a happy ending.

On the other hand, a bunch of new devices that are on Nokia’s Android 11 update list struggle and trail by a big margin.

Although Nokia presented a dedicated Android 11 roadmap soon as Google unveiled Android 11, it failed to deliver what was promised.

Q2 2021 is here, and Nokia has more devices piled up for this quarter.

Next up are Nokia 1 Plus and Nokia 9 Pureview. Whereas Nokia 7.2 and Nokia 6.2 were initially scheduled to get the Android 11 update sometime between Q1 and Q2. Since Q1 is gone, all hope lies with Q2 now.

This is probably going to add more stress to the already burdened Nokia developers.

After failing to deliver Android 11 to promised devices in Q1, Nokia devs will have a task to release updates for both previously pending devices as well as the ones originally scheduled for Q2.

All eyes on Nokia now as users had big expectations from the company. Failing to meet those expectations may even cost Nokia whatever little market share they enjoy at the moment.

But let’s hope for the best. Owing to the fact that developing software updates require tremendous efforts, a delay of this sort may still be accepted as long as Nokia provides an update.

It’s better to arrive late than to have a half-baked and full of bugs update.

So far, only two of Nokia’s devices have managed to bag the update. First being the flagship, and second, Nokia 7.2 that recently got it.

We will update this post as soon as Nokia’s ready with the Android 11 update for any of these devices listed in this article.
In the meantime, one can always head towards our dedicated Nokia Android 11 update tracker to always stay updated with the latest news.

IST 09:55 am Nokia 1 Plus 4G has entered the testing phase as per Vodafone Australia’s dedicated software status page. An imminent rollout for global units also expected. 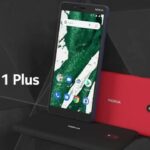 [Updated: Jun 7] Nokia 1 Plus 4G Android 11 update around the corner as Vodafone Australia confirms testing is in progress