After ruling for a decade, Nokia had to shut down its facility after facing bankruptcy. But soon made a comeback by launching devices as part of the Android One program.

Since its comeback in 2017, the company has launched a bunch of new phones and a good number of them are even nearing its software development end.

Nokia, in a Telegram channel, has announced the news of the dead-end of the software updates for some of the older devices.

Being part of the Android One program, Nokia offers 2 major OS updates and 3 years of security patch support.

The announcement lists 5 devices that have completed their life in terms of software development.

In April 2021 the following phones will no longer receive security patches:
– Nokia 1
– Nokia 6.1
– Nokia 7 Plus
Edit: Nokia 6.1 Plus and 7.1 will stop receiving patches in August and November 2021 respectively.

Nokia will finally let go of these devices starting next month and later this year for Nokia 6.1 plus and 7.1.

These devices were launched with Android 8.1 and were updated twice to reach up to Android 10.

Bagging 3-years of security updates with 2 major OS updates isn’t too bad as that’s what most of the brands out there offer.

Even after being excluded from official update support, Nokia devices can enjoy the next generation of Android. We have a big list of custom ROMs available for a lot of devices, head here to find one for your device.

Nokia, however, trails way behind others when it comes to delivering Android 11 updates. In fact, it has failed miserably to even keep its own promises.

Nokia needs to boost its software development department to meet the promises that it has made. To keep an eye on Nokia’s next moves, here’s where you should be.

08:20 pm (IST): The same Telegram channel has now announced that devices launched in 2018 will no longer be supported for software updates. Here’s the list with their respective dates. 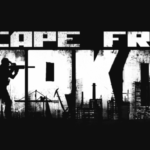 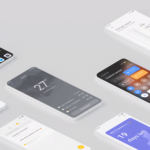