This had implied back then that the device would bag Android 11 pretty soon. But this clearly has not been the case, just as we speculated earlier.

The device is a part of the Android One program and hence, one would’ve expected it to receive the update sooner than most other devices that run on custom Android skins.

However, Nokia has obviously taken its time and has released the Android 11 update for the Nokia 8.5 5G an entire month after the Mi A3, which also is a part of the Android One program.

But hey, now that it is finally here, it’s always better late than never.

That said, the update has brought about a plethora of changes and fresh feature additions — most of it being stock Android 11 stuff — like a separate section for conversations in the notification panel, new media controls, chat bubbles, conversation history, and much more.

As clear from the above screenshot, the update comes with the latest January 2021 security patch and a fresh Google Play system update for improved security, and a bunch of Android 11 features that we have already mentioned above.

Moreover, it carries a size of around 1.89 GB, so be sure to download it over your Wi-Fi.

Lastly, if you still haven’t received the Android 11 update on your Nokia 8.3 5G, then worry not, for it has been scheduled to roll out in ‘waves’ based on specific regions.

Those who reside in these countries should hopefully receive the update immediately, following which Wave 2 should commence shortly after – perhaps in a couple of days.

10% of these approved markets will receive the update immediately, 50% by Feb 5th, and on Feb 7th, 100% of these markets will have received the Android 11 update.
Source

As clear from above, the rollout should be completed by February 7 if all goes well. For now, be sure to check out our dedicated Nokia section. 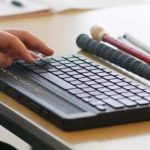