Nokia 8.3 5G was announced way back in March but hit the market in September with Android 10 out-of-the-box.

The device is claimed to be “Android 11 ready” by the OEM which should ideally mean that it might get the latest OS update soon.

However, being labeled as Android 11 ready does not necessarily mean anything especially when looking at the previous trends from Nokia.

If this is anything to go by, Nokia 8.3 5G being “Android 11 ready” should not be exciting as all eligible Nokia devices can as well be termed as the same.

Basically, the “Android XX ready” tag says nothing about the availability of the OS update and also does not guarantee faster software updates especially when major OS updates are considered.

This is still based on our speculation and the OEM might have a completely different software update approach for Nokia 8.3 5G.

Also, one can never be certain about the exact release dates of major software updates as they are always subject to change.

Nevertheless, Nokia 8.3 5G is an Android One device which means that it will get two major OS updates and three years of software support from the OEM.

That said, we will keep tracking the development of Nokia 8.3 5G Android 11 update and will provide updates when more information becomes available. 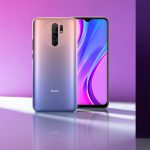