HMD Global is rolling out the stable version of the Nokia 6.2 Android 10 update. The update is arriving over the air, but not everyone will receive it today due to the staged rollout.

The Nokia 6.2 and Nokia 7.2 were scheduled to receive the update to Android 10 in Q1 2020. However, things took a twist when coronavirus struck, paralyzing operations of not just HMD Global, but also many other companies based in and outside China.

The Finnish company then came out with a revised roadmap that placed the availability of the new OS for the Nokia 7.2 and Nokia 6.2 anywhere between the end of Q1 and the beginning of Q2 2020.

Unfortunately for 6.2 owners, the stable Android 10 update was only released for the Nokia 7.2. Of course, Nokia 6.2 owners weren’t so happy with this move, which was swiftly followed by a Pie-based April patch.

The wait has come to an end, though. Taking to Twitter, the usual suspect, Juho Sarvikas, has revealed that Nokia 6.2 owners can finally install the latest Android OS on their handsets.

Nokia 6.2 just got upgraded to Android 10! Step up to more with many brand-new functionalities and fun features!
Source

The airborne update is arriving as version V2.290 and weighs in at 1.54GB, tagging along the usual Android 10-related features alongside the latest April 2020 security patch.

HMD says the update will only be available to 10% of Nokia 6.2 units sold in approved markets as of today. By May 1, the distribution of the update will have hit 50% and on May 3, all devices should have received the OS.

Below are the markets in question:

The second wave of roll out has begun: 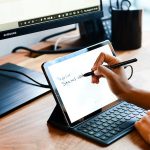