Nokia’s comeback into the mobile industry has been a classic phoenix-rising-from-the ashes fairytale. The company hit a few key decisions that made it incredibly relevant in the smartphone industry today.

One key feature of Nokia smartphones that no-doubt makes it a great proposition is the fact that all Nokia devices run on Android One; a Google-maintained, near-stock version of Android, and comes with little in terms of bloatware. A clean Android experience and regular updates is something many in this industry can rally behind. 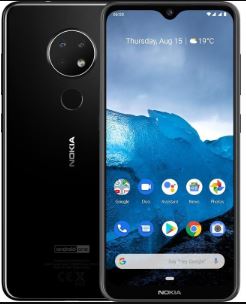 It is, therefore, interesting to note that despite being launched sometime last year and being one of the hottest Nokia devices in the market today, both the Nokia 7.2 and the Nokia 6.2 (pictured above) has not been updated to Android 10.

According to Nokia’s earlier-released Android 10 roadmap, the Nokia 7.2 and the Nokia 6.2, two really impressive-looking devices with triple-camera setups that were launched at IFA 2019, were slated to get updated to Android 10 sometime in the first quarter of 2020.

However, later on the script changed in the company’s updated Android 10 roadmap. In the new program, the two devices would get updated to Android 10 sometime between the first and second quarter of 2020. For more detailed coverage on the same, check out this post.

Further sighting the ongoing global crisis that is the Coronavirus Pandemic (COVID-19), Nokia stated that this is the reason its Android 10 roadmap didn’t materialize for some devices, not just the Nokia 7.2 and Nokia 6.2. In the new roadmap, all remaining eligible units will receive the new OS by the end of Q2 2020.

Since then, we have seen reports of the Android 10 update rolling out to the Nokia 7.2, much to the delight of users across the globe. We should mention that this is a staged rollout and not all devices will get updated immediately.

This leaves Nokia 6.2 users in an awkward position. The company hasn’t said much in terms of when this device should be getting updated. Granted, we understand that the COVID-19 crisis might be to blame for these delays, but Nokia 7.2 getting updated and Nokia 6.2 users not getting any news, could be unsettling.

NOTE: We shall keep an eye on this story and update accordingly when we get more information on the same. Check out our dedicated Nokia section for that.