[Updated: Jun 7] Nokia 1 Plus 4G Android 11 update around the corner as Vodafone Australia confirms testing is in progress

After having it delayed by a couple of months, Nokia finally got back on track with its Android 11 rollout timeline.

The earlier roadmap got really messed up which forced Nokia to tweak it with a new timeline for each device.

According to it, Nokia 1 Plus 4G is slated to receive the Android 11 update in Q2 2021. And with 2 months already passed, June is the only month Nokia has to prepare and release the update.

Looks like we may see the update real soon as Vodafone Australia has begun testing Android 11 on Nokia 1 Plus 4G.

The dedicated update status page of Vodafone Australia reflects Nokia 1 Plus 4G along with other devices to receive the Android 11 update.

The build is still in testing and may take a couple of weeks to be finally stable enough for a wider rollout.

This may be carrier-specific testing but it definitely suggests the update is imminent for global users as well.

The announcement post will go live anytime from here. There are a couple of other devices in line too and we expect an expeditious rollout in the coming days.

In the meantime, keep an eye on our dedicated Nokia Android 11 update tracker to never miss any updates. Nokia has also participated in the Android 12 beta program this year so here’s something that may excite you.

IST: 12:10 pm: Users of the Nokia 1 Plus in various regions are now receiving the update to Android 11 Go edition. More on that and the regions that this update is available in in our coverage of the same here. 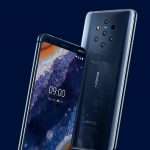