[Poll results out] 3 years of OS upgrades is great, but Android OEMs still need to speed up delivery of updates Original story (from May 16) follows:

Google and Apple are up there as two of the fiercest rivals in the tech industry. No, it’s little to do with the iPhone and Pixel, but the software that powers either device.

The rivalry between iOS and Android isn’t new to anyone who has been around for a couple of decades. Admittedly, it’s something that is here to stay.

Whether it’s the variations in various UI elements, navigation, privacy, and whatnot, there will always be something to talk about with respect to either platform.

But when it comes to the duration of software support or the number of OS upgrades devices are entitled to during their lifetime, no one in the Android camp dares say a thing towards their iPhone counterparts.

The iPhone 6S, for instance, came out in 2015 pre-installed with iOS 9. Today, it’s one of the devices running the latest iOS 14.5 update. In comparison, no Android phone from 2015 is still receiving updates today.

Well, apart from the Fairphone 2.

On the other side of the divide, Google, which is Android’s best bet when it comes to software updates, ended support for its 2017 Pixel 2 and Pixel 2 XL in October 2020.

In just a few months time, the Pixel 3 and Pixel 3 XL, which will be just 3 years old then, will cease receiving software updates from Google.

Since Google is Android’s leader, third-party vendors tend to follow in the footsteps of the company. This should explain the recent moves by Vivo, Samsung and even OnePlus to offer 3 Android OS updates to some of their devices.

Of course, with these moves, there have been calls for Google to step up and start providing 4 years of OS updates. Whether this will happen remains to be seen.

But what I’d like to see even more Android vendors doing is moving on to provide at least three years of OS updates. I’m looking at the likes of Xiaomi, Oppo, Asus, Motorola, Realme, and so on.

Unlike a couple or so years ago, Android devices have matured and happen to outlive themselves, some even staying around for 5 years depending on the owner.

These devices also rock some of the best hardware and performance specs, making them capable of surviving some of the toughest times and roughest moments.

With this, there’s need for longer software support for those who tend to hold onto their devices for longer periods, which is becoming the trend according to this report.

Unfortunately, this is where most Android vendors fail. No doubt having 3 years of Android OS updates is a step in the right direction, but while at it, Android vendors also need to step up when it comes to timely delivery of updates.

Long-enough Android users know the pain that comes with timely software updates. No denying recent times have seen a significant improvement thanks to the various Google initiatives.

The big G has been putting in place measures like Oreo’s Project Treble and Pie’s Generic System Images that helped speed up the rollout of Android 10.

We’ve first-hand witnessed the improved adoption of Android 11 having been keeping track of the proceedings from the very first day the OS was released for Google Pixels.

The rollout of Android 12 update is expected to up things a notch thanks to yet another Google initiative dubbed Project Mainline. But despite all these efforts, Google still needs all Android players to be on board.

Recent developments in the Android community indeed suggest some of the big players are reaping the results of Google’s efforts towards accelerating Android updates.

Samsung is the most notable one. From being labeled one of the slowest to becoming one of the best, sometimes even better than Google especially with monthly security patches, says it all.

Oppo, Xiaomi, and Vivo are also doing a great job with OS updates, but not at the level I’d expect from such massive entities as far as timeliness is concerned.

As of this writing, for instance, Sony is the only non-Google vendor that has completed its Android 11 update rollout. Even OnePlus, once tipped as the best Google alternative, is yet to update the OnePlus 6/6T devices.

As much as Samsung is doing a great job, there are several Galaxy devices still waiting for their One UI 3/3.1 updates with Android 11. The same is true for a bunch of other OEMs.

Sadly, this is happening at a time when Google is already testing Android 12 on eligible Pixel devices. In an ideal world, every other Android vendor should be in sync with Google, having completed the rollout of Android 11 and already testing its successor.

But nope! That’s not the case. Instead, Google is expected to release the public beta version to Pixels before 3rd-party vendors start testing their own skins later in the year.

Sure, Android 12 may see a swifter rollout than Android 11, but truth be told, there will be plenty of other devices receiving the update somewhere in 2022.

Usually, by the time one gets a new OS update, they are already reading about features other (Google Pixel) users are enjoying in a newer version of the OS.

This needs to end. And vendors should know that providing 3 or more years of Android OS updates isn’t enough. The speed of delivering these updates also matters.

The results for the poll are out now. An overwhelming majority (over 93%) said ‘yes’ while the reamining said the speed of updates doesn’t matter to them. Interestingly, none of those who voted went for the ‘They’re fast enough’ option. 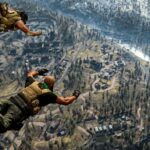