At present, Android 11 beta 3 is the latest beta that’s available for the Pixel line up and it is the final beta release. Therefore, we can expect to see Google release the stable version of Android 11 shortly.

As expected, the update will first be available for eligible Pixel smartphones before OEMs like OnePlus, Xiaomi, Samsung, Oppo and others being rolling out the update for eligible devices from their portfolios.

Speaking of which, you may want to know which smartphones released by Google are eligible for the Android 11 update. Since Google does not release many smartphones each year unlike other OEMs such as Xiaomi, it manages to keep its devices fresh for long.

Matter of fact, Google and OnePlus are the only two major OEMs that offer 3 major OS updates for their devices. Although, to everyone’s surprise, Samsung also announced that it will provide up to 3 OS updates, albeit only for certain devices.

Nevertheless, we have listed out the eligible devices from Google that will bag the update to Android 11 that you can check out below.

Of course, Google has an official list of Pixel devices that are eligible for the current Android 11 beta. And we can safely say that the Pixel smartphones which have received the beta will get the stable version as well.

Moreover, since Google releases 3 OS updates for its smartphones, we can practically guess which Pixel smartphones will get Android 11. Thus, here’s the list of smartphones from Google that will get the upcoming Android update:

That said, we do not have an ETA for the arrival of the stable Android 11 update, however, it is expected to be released this month itself. As usual, stay tuned to PiunikaWeb to know more about the rollout of Android 11.

IST 12:02 pm: Google has officially announced the release of Android 11 via the Android Developers blog as well as on Reddit. It is set to begin rolling out via an OTA update later on today.

Furthermore, Google has also enhanced 5G support in Android 11 which will allow developers to fine tune their apps to take advantage of high-speed internet and low latency. That said, we will update the tracker once the update goes live for Pixel devices.

Google will also keep the Android Beta Program running this time and will let enthusiasts check out “future pre-release versions of Android 11.” Previously, Google would shut down the program soon after launching the stable Android update.

IST 01:09 pm: It appears that the new Android 11 feature called Chat Bubbles is not working on the Google Messages app according to Pixel users who have got their hands on the new update. Head here to know more.

While Pixel devices in other regions are receiving the Android 11 stable update, users in India were left behind. And now it’s coming to light that India region devices will get the much-awaited update in the coming week. Here’s the statement given by a Google spokesperson:

We’re working on making sure the Android 11 update is compatible with Indian ecosystem requirements, and expect it to begin rolling out next week

While the exact reason for the delay is not known, it could be due to eSIM functionality of Pixel devices, wherein the IMEI doesn’t show up because of which you’re be unable to make the UPI payments post. A user had explained the issue in detail over a series of tweets.

IST 05:06 pm: The Android GPU Inspector tool in Android Studio is now in Open Beta for all game developers. Google confirmed this in an official announcement and has also mentioned that it’s currently only available on the Pixel 4 duo running Android 11.

The Android GPU Inspector tool lets developers optimize their games by offering insights into how the GPU performs while running a game. This lets developers understand graphics bottlenecks and fix the issues for smoother gameplay experience.

IST 02:40 pm: Many Pixel 4 and Pixel 4 XL users are reporting that the Android 11 update has broken the face unlock function and prompts users to clean the top bar. To know more, head here.

IST 10:30 am: Google Pixel owners in India can finally rejoice since the company has begun rolling out the stable Android 11 update for the Pixel 2, Pixel 2 XL, Pixel 3, Pixel 3 XL, Pixel 4, Pixel 4 XL, and Pixel 4a. A few users (1, 2, 3) have also confirmed receiving the update.

IST 01:21 pm: In a video posted on YouTube, a Pixel user shows that the media controls often disappear from the quick settings panel. Rather than being able to access the controls with one swipe, users have swipe down twice. At present, it seems the Google Podcast app is the most affected. 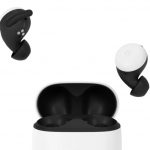 [Fix released] Google Pixel Buds 2 audio cut or connectivity issue likely to be addressed in August, as OEM is working on a "big" update