Issues like the Messages chat bubbles not working, random reboots, and many more have already been reported to Google. While the OEM is yet to address these issues on a wider scale, another issue on the Google Pixel 4 and 4 XL has again come to light.

Some users have been reporting that the face unlock feature on their Google Pixel 4 and 4 XL does not work after upgrading to Android 11. It seems that users of the Pixel 4 XL are mostly affected by this issue but it is indeed present on both devices.

The issue basically breaks the unlocking mechanism and prompts users to clean the top bar. It must also be noted that the face unlock issue has been present on the Google Pixel 4 devices since the days of Android 11 beta testing.

There are multiple reports of the issue on Google’s IssueTracker since May. These new report clearly indicate that the face unlock issue is persistent on the Google Pixel 4 devices even after the Android 11 stable update.

While Google has not yet provided any explanation on the matter, the issue appears to be related to the Soli radar chip which is present on Google Pixel devices. Nevertheless, this is still based on speculation until the OEM makes an official announcement.

10:19 am (IST): The issue tracker for this issue has since been updated to reflect that this has been fixed.

Sadly though, users are still facing the same same issue.

This issue is marked as “fixed” but I am currently experiencing it on Android 12 build SP1A.210812.015. So far steps to reproduce are wait for it to break. Restarting resolves the issue temporarily. While face unlock is broken, and as others have noted, tap to wake does not work and an exaggerated swipe up to unlock gesture is necessitated.
Source 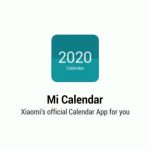