So it is official! Android 11 is officially out and as expected, Google’s own Pixel line of devices from Pixel 2 and newer are already bagging this much-awaited build.

This update brings with it all the Android 11 goodness we have known through the OS’ development cycle and a much more refined Android experience in general. 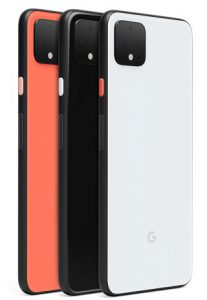 One of the highlighting features of Android 11 is the incorporation of Chat Bubbles for messaging and Instant Messaging apps. These ‘Facebook-Messanger-style’ chat heads allow users to quickly jump into a conversation in a pop-up window instead of having to open the chat app fully.

However, there might be an issue with this issue as a number of Pixel users (1, 2, 3, 4) who have updated their devices to Android 11 in this initial rollout are pointing out that this feature doesn’t seem to work on the Google Messages app.

At the time of writing, this issue has been reported on the Pixel 4a, Pixel 3a, Pixel 4XL among others.

Do Android chat bubbles work for people? My notifications don’t have the pop-out button and I can’t figure out another way to make them bubbles.
Source

@madebygoogle
is there a known issue with the chat bubbles not working for the default google messages app on my pixel 4a? Thanks
Source

For the uninitiated, the Google Messages App is the default SMS and RCS app on Google’s own devices. This feature not working on the said devices is a huge deal-breaker as many people only ever use Google Messages app as their main Instant Messaging platform and this means that they are missing out on one of Android 11’s highlight features.

It remains unclear where exactly this issue is stemming from. However, this could be easily fixed in an OTA update to the system or the Google Messages app in the near future.