Oppo is one of the leading smartphone vendors in the world. This has been the case for years, but for some, the name Oppo is still quite new, especially those in the west.

The Chinese vendor, like many others that hail from the region, has had little to no say in the western smartphone markets. But things have been changing rapidly, especially with the downfall of Huawei.

Having cemented its position in the Indian market and a few other Asian countries just like fellow Chinese OEMs Xiaomi and Vivo, Oppo is now focused on expanding into Europe and perhaps beyond.

Today, the company has established sales channels in the UK, Germany, Spain, Italy, Turkey, and even in Australia and some African countries as well. This only goes to show how big Oppo has become outside China.

Initially, again like many other Chinese vendors, Oppo’s value-centric smartphones were the major selling point. Many people looking for a cheap smartphone that does the job were easily catered for by Oppo.

In markets like Africa and Asia, this lot comprised of first-time smartphone users, most of who cared less about the quality of software running the show. Perhaps this is why Oppo got away with some terrible software decisions.

For years, ColorOS was a mere copycat of iOS. Many Android enthusiasts in western markets have often criticized the software for being “garish, heavy-handed, and quite unlike anything” they’re used to.

At some point, Oppo even built phones that borrowed a lot from iPhones, but nothing comparable when it came to performance and price.

If anything, this is testament to how far ColorOS has come, not to mention the efforts and improvements put in over the years – efforts that have culminated into what is turning out to be a fan favorite.

According to Oppo, ColorOS 11 is “highly-customized, efficient, intelligent, and richly-designed” to make life flow.

Features like customizable Dark Mode, quick translation of text on screenshots taken with 3 fingers, FlexDrop for multitasking, Quantum Animation Engine for responsive and realistic animations, among others, make ColorOS 11 such a marvel.

Well, at least according to several popular tech reviewers who have had the luxury of toying around with ColorOS 11 for some time, including others that have been quite critical of ColorOS and other Chinese Android skins.

Popular leakster Ice Universe has had the following to say about ColorOS 11 since the new skin made its debut several weeks ago:

ColorOS 11 has become better-looking and easier to use. I suggest you take a look at the ongoing press conference.
Source

The most perfect transition animation for Android phones that I have experienced so far is ColorOS 11.
Source

Jon Rettinger, another poular name in the tech world, also had some good stuff to say about Oppo’s efforts with ColorOS 11 update, as seen in his tweet below.

When taking the Oppo F17 Pro for a spin following the release of ColorOS 11 beta update, the folks over at XDA described the new skin as one that makes the mid-ranger “both smooth and versatile”, words rarely unheard of before when talking about ColorOS.

Even better is the reception of ColorOS 11 from the general user base, something that is partly highlighted in the comments below pulled from a YouTube video on the new Oppo skin.

The glowing reception ColorOS 11 is enjoying coupled with the improved software update and amazing devices Oppo continues to push into the smartphone market spells some good times ahead for Oppo fans and the company as well.

If anything, I am beginning to see Oppo as the ideal Huawei replacement for western smartphone buyers seeking something out of the ordinary. But of course, only time will tell.

What are your thoughts about Oppo’s ColorOS 11? Cast your vote in the Twitter poll below.

Did you miss the poll? No worries, use the comment box at the bottom to voice your opinion. 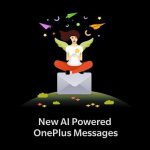 [Update: Fix in the works] Some OnePlus users unable to register for the AI powered Messages feature, potential workaround inside