The ColorOS 11 skin from Oppo is easily one of the most customizable and feature-packed skins in the Android world as Oppo highlighted here.

Back in September, we got a glimpse of Oppo’s new skin thanks to a video shared on YouTube and since then the company has revealed a lot more about ColorOS 11.

Oppo has been testing Android 11 alongside its ColorOS 11 skin for a few months now and it has made a lot of progress.

Matter of fact, it was one of the first Android vendors to release the Android 11 beta for its flagships — the Find X2 and Find X2 Pro — all the way back in June.

Although, the beta did not bring the ColorOS 11 skin and instead came with the existing ColorOS 7.2 skin over Android 11.

Fast forward to now, a few devices from Oppo have already bagged the stable update to Android 11 which brings with it the ColorOS 11 skin.

Oppo began rolling out the stable update to a limited number of Find X2 and Find X2 Pro users at the beginning of this month.

And at the time of writing, Find X2 users in India have also begun reporting that they have bagged the stable update. More on this here. Furthermore, the company has also released the update for the Oppo Ace2 series in China. But this isn’t to say that the update will go live for devices sold in all regions right now itself.

Due to regulatory reasons, Oppo was not able to kick-start the ColorOS 11 beta program in EU and EEA regions and thus users in Europe have not been able to try out the beta update on their devices.

However, it seems Oppo Find X2 and Find X2 Pro users in the UK won’t have to wait too long before they get the stable Android 11 update alongside ColorOS 11 on their devices.

This is because Oppo, via its Twitter handle for the UK, has shed some light on the availability of ColorOS 11 for the Oppo Find X2 series.

According to the tweet, the Oppo Find X2 series in the UK will get the update in December.

This ties in with the timeline shared by Oppo for the availability of ColorOS 11 in EU and EEA regions for the Oppo Find X2 series.

Unfortunately, the OEM is yet to provide any specific date for the rollout to commence. Therefore, the update could go live at the beginning of December or by the end of it.

But taking into account that the stable ColorOS 11 update is now being seeded on a wider scale to Oppo Find X2 series users, it’s likely that users in the UK will get it sooner rather than later.

That being said, we will continue to track the release of Android 11 for the Find X2, Find X2 Pro, and Find X2 Neo in the UK and will post an update once new details surface.

In the meantime, you can keep an eye out on our dedicated tracker to know more about the ColorOS 11 update.

Moreover, if you’re unsure whether or not your Oppo smartphone is eligible for the update to Android 11 (ColorOS 11), you can check out the list of eligible phones here.

NOTE: There are more such stories in our dedicated Oppo section so be sure to go through it as well. 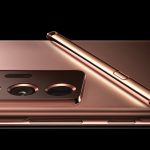