In this article, we take a look at the devices that OPPO is likely to upgrade to Android 11 operating system when the time comes – an OS that is expected to include a ColorOS 8 update as well.

Note that OPPO hasn’t said anything official about ColorOS 8 update or Android 11, so expect changes to the info that is about to follow in the event that an official roadmap and timeline show up at some point.

Matter of fact, the OPPO Find X2 and Find X2 Pro are already invited to join a ColorOS beta program in China meant to bring new features to the duo ahead of the rest. The recruitment process ends on May 15, which is around the same time we expect Google to make Android 11 public beta available.

Considering the Reno had access to Android Q developer preview since May 2019, picked up ColorOS 7 beta based on Android 10 in November 2019 and went on to receive the stable update in April 2020, it says a lot about when to expect the OPPO Android 11 update to arrive.

If anything, we are looking at yet another Q4 2020 release date for ColorOS 8 update in beta and possibly Q1 2021 for the stable rollout. Again, this is just a hunch from this side of the table, meaning anything could change along the way. We’ll update this story just in case.

A handful of the many ColorOS 7-eligible devices launched with Android Oreo pre-installed, meaning Android 10 will be their second major OS upgrade. This tells us that OPPO also pushes two OS updates to some of its devices after all.

How the company decides which devices receive this many OS updates is unclear. But even so, below is a list of OPPO devices we think will be upgraded to ColorOS 8 update based on Android 11 when the time comes, probably in 2021.

IST: 02:42 pm: Oppo F17 series, i.e. the F17 and F17 Pro are the newly released devices that come with Android 10 layered with ColorOS 7.2 out-of-the-box. The devices are eligible for Android 11 as their first major OS update.

IST: 06:10 pm: Oppo has announced that it will kick-start its recruitment for beta testers for the Android 11 update on the Oppo Find X2, Find X2 Pro, Reno3, and Reno3 Pro outside of China on September 7. See more details here.

IST: 05:20 pm: Oppo has announced that it is now recruiting individuals who want to participate in the Android 11 (ColorOS 8) closed beta program for the Oppo Reno4 Pro in China. Head here for more details.

IST: 10:09 am: Google has finally announced the release of Android 11 today. Unlike earlier, the update will be released for select devices from Oppo and a few other OEMs alongside Google’s own Pixel smartphones. We will update the tracker once Android 11 begins rolling out for eligible Oppo phones.

IST: 10:46 am: Oppo has announced that it will be releasing its upcoming ColorOS skin based on Android 11 on September 14. The company has also chosen to name its skin ColorOS 11 rather than ColorOS 8 which would have been a bump up from ColorOS 7.2. 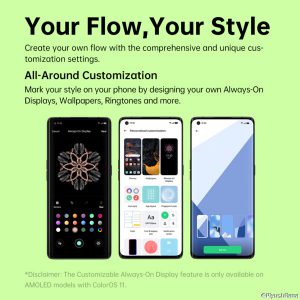 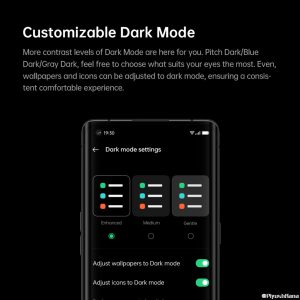 IST 02:10 pm: A recent update on Oppo’s official website confirms that some ColorOS 11 (Android 11) features will not be available on all devices that will get the upcoming update due to various reasons. More details here.

IST 04:30 pm: The Oppo K3 isn’t listed on the company’s official ColorOS 11 roadmap. Further, the company’s India support team on Twitter has stated that the device is no longer going to receive any major ColorOS updates.

The Oppo K3 launched with Android 9 onboard and thus the update to Android 11 would be its second major OS update. But there’s no evidence suggesting that it will get the update.

Although, in a general statement on its website, the company has mentioned that it will roll out Android 11 for 28-plus devices including ones from the ‘K’ series. So we may have to wait for an official statement regarding the same.

NOTE: The list above has been updated with devices OPPO has released as of September 03.

Your device missing on the list? Fret not for this is not the final list of OPPO devices eligible for Android 11 update. We will update this post as and when any official info comes out.