Xiaomi had notified over a week ago that they’ll be suspending MIUI 12.5 development version public releases as well as pausing internal stable testing.

This had been mentioned in the release notes of the previously released MIUI 12.5 beta 21.2.27 update. The update was the last rollout prior to the temporary suspension.

“It’s just a week-long break in the update cycle, so what?” – some may ask. Well, Xiaomi is known for releasing up to three beta updates per week for users that are a part of the Chinese beta program, so yeah, the pause is relatively significant.

Nonetheless, for the uninitiated, Xiaomi has been releasing such beta builds for most of its MIUI 12.5-eligible devices since January. The updates have usually brought about new features with almost every new release.

However, the OEM’s focus has seemingly shifted from feature additions to bug fixes and minor MIUI system app updates lately. This is quite plausible considering that there are still plenty of bugs left for squishing even as MIUI 12.5 has hit the stable stage.

This is quite evident from MIUI 12.5 stable rollouts for devices like the Xiaomi Mi 10 Ultra back in late March. These have been limited to China alone though. But with the Mi 11 receiving a MIUI 12.5 global pilot build, global releases should be on the horizon too.

Anyway, the complete official changelog for the MIUI 12.5 beta 21.5.7 update has been given below:

As expected, the update has once again brought along several app updates along with a fix for the Redmi K20 Pro lock screen problem when the notification panel is pulled down.

It is worth mentioning here that Xiaomi has omitted important stuff like UI tweaks from its changelogs in the past, so the above log may not be an accurate representation of all that the MIUI 12.5 beta 21.5.7 update brings to the table.

If you wish to try the build, then you can download it for your device via this Telegram channel when the links become available.

For now, be sure to go through our dedicated MIUI 12.5 tracker to know about the update’s status for your Xiaomi/Poco device. 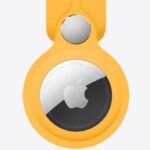 Several AirTag users experiencing connection issues due to Precision Finding not working, here are some workarounds