Xiaomi has been pretty busy lately with the latest iteration of their custom Android skin – MIUI 12.5. The update has been touted as a stepping stone from MIUI 12 to MIUI 13.

Not too many details may have been given on the official MIUI 12.5 global website but the update does bring along plenty of goodies including improved performance, UI tweaks, new animations and system sounds, a bunch of privacy features, and an updated Notes app.

Anyway, we previously highlighted Xiaomi’s more recent and specific MIUI 12.5 update timeline that gave out rough release dates for a couple of batches of eligible devices.

This was followed by another list comprised of most of the MIUI 12.5-eligible Xiaomi, Redmi, and Poco devices. It showed that the update hit the internal stable beta testing phase.

But that list is now outdated as it just got updated to include several newcomers:

We recently covered how the Redmi Note 7 series was kicked from the China beta program so it’s great to see it now making it to internal stable beta testing almost immediately after.

Judging from previous patterns, this means that any one of the devices will get the update this week itself followed by the rest of them.

Now, in case you don’t already know, these releases are currently limited to China alone. The global variants of the above-mentioned devices should bag the update a month or so later.

Or at least that’s what we speculate considering that Xiaomi hasn’t really released a MIUI 12.5 update timeline dedicated to the global variants of its devices. 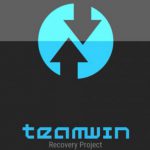