Xiaomi had previously with their global MIUI 12.5 launch announced that they would be releasing the first instances of MIUI 12.5 stable starting with their flagship devices in Q2 2021.

They had grouped almost all of the eligible devices into two batches – the first one being flagships like the Mi 11 set to bag the update early April followed by other mid-range and budget devices slated to get the update around late Q2.

Yes, the information was kind of too vague and suspenseful which is why users around the forums have still been demanding the exact dates of the stable release for their devices.

Thankfully now, Xiaomi has now outlined a slightly more specific timeframe. This newer timeline was pulled from a post on China Mi Community and states that the first batch of devices is set to run MIUI 12.5 stable by April 30.

These devices have been given below:

It is worth mentioning here that almost every device on this list has already been treated to MIUI 12.5 stable, at least in the stable beta form.

In case you’re unaware, stable betas are essentially stable ROMs that are rolled out to select users initially for the sake of safety. If the build is deemed totally bug-free, then the same is rolled widely.

Therefore, the deadline of April 30 could mean that Xiaomi is planning to complete a wide rollout by that date for the aforementioned devices, at least in China.

This will be followed by the second batch that will receive the first instances of MIUI 12.5 stable by late May. The said list also contains a few flagship devices like the Mi 11 Pro and Mi 10S.

It is worth mentioning here that both of these lists are China-specific and hence a global rollout may take longer than the dates given on them.

Typically, regions like India, Europe, and Indonesia receive updates almost a month after the Chinese users get them. Going by this pattern, the first batch should get global MIUI 12.5 stable by May and the second should bag the same by June.

But that is only speculation at this point. We will continue to track the topic for further developments and update our MIUI 12.5 update tracker accordingly so stay tuned to PiunikaWeb. 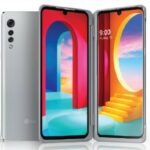 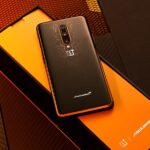