Xiaomi has been testing MIUI 12.5 since late 2020. This testing has always been limited to China. Under it, we have seen new releases on almost a daily basis, each bringing new and exciting features.

But as MIUI 12.5 neared its final stages, new feature additions got rarer until we have now finally reached the stable release phase. Xiaomi had promised that they will commence MIUI 12.5 rollouts in early Q2 2021 starting with their flagship offerings.

The OEM surprised everyone a few days back by rolling out the first instance of MIUI 12.5 stable to the Mi 10 Ultra, a little earlier than expected. This was followed by releases for the Mi 11 and Mi 9 SE.

For the uninitiated, the update is said to be an intermediary between MIUI 12 and MIUI 13, and brings about a bunch of performance enhancements and new features.

Anyway, now that the stable MIUI 12.5 rollout ball has been set in motion, one can expect more and more eligible devices to be updated in the coming days. The latest among the bunch is now the Xiaomi Mi 10 and Mi 10 Pro. Do keep in mind though that this update has currently only been released in China. But if all goes well, the same should make it to global users pretty soon as well. There is no ETA as of now but one can expect it in the coming weeks.

The MIUI 12.5 stable update download links for the Mi 10 and Mi 10 Pro have been given below along with the complete changelog:

[Lock screen]
Fix: The screen flashed after the device was unlocked in Reading mode
Status bar, Notification shade
New: Permanent Lock screen notifications in the DND mode
New: An option to switch between connected devices in the notification about media playback
Optimization: Wireless standard icon only shown for Wi-Fi 6
Source

It is worth mentioning here that these updates are not exactly compatible with your current MIUI version if you reside anywhere other than China. Therefore, trying to install them is fruitless.

Still, a MIUI 12.5 stable global rollout for the Mi 10/10 Pro shouldn’t take much longer. Hence, you would want to keep an eye on our dedicated MIUI 12.5 update tracker so that you do not miss out on any new developments. 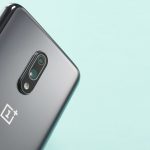