Motorola started rolling out the Android 11 update for eligible devices from its portfolio a few months ago. Even still, the update is yet to go live for several models such as the Moto G9 series.

That said, the company’s flagship smartphones from 2020 — the Motorola Edge and Edge+ — picked up the update to Android 11 recently and the rollout is expanding to more regions steadily.

The new Android OS brings a bunch of new features and improvements over Android 10. However, as we’ve highlighted in the past, it also knocks off some features such as the Display edge function. But it appears that a user has uncovered a bunch of different bugs and issues on their Motorola Edge after installing the Android 11 update.

The user took to the company’s community forums to report the various issues and seek official help. Fortunately, a Motorola admin did respond by confirming the existence of some of them.

According to the user, windows cannot be resized anymore since they are locked at a 50:50 ratio when using the split-screen view. Prior to the update, windows were resizable to allow for better multitasking.

To this, the Motorola admin said the following:

We are aware of this and investigating

Another bug with the split-screen mode causes the screen to flicker when tapping and releasing the adjustment bar or mid-bar. As highlighted by the user, this can be dangerous as it can trigger an epileptic seizure.

Luckily, the admin confirmed that they are aware of this and are currently investigating it.

We are aware of this and investigating

Laggy animations in the homescreen

This is a bug that has been widely reported by Motorola Edge users after installing the update to Android 11 on their devices. To know more about it, you can head here.

Nevertheless, the admin’s response once again confirms that the company is indeed planning to make improvements.

According to the user report, clicking on an icon to launch an app often causes the icon to disappear from the homescreen for a second, and the app launch is also delayed.

Luckily, Motorola appears to be aware of the problem and will send out improvements via a future update, says the admin. Apparently, the fingerprint scanner icon remains on the lockscreen and peek display at times. One affected user confirmed that the issue can be fixed with a quick reboot.

But in case you’re facing the issue too, then you’ll find some solace in knowing that Motorola is aware of it and is working on a fix.

This strange bug is usually fixed by a restart as pointed out by some device owners. Motorola is also aware of the problem and the admin has confirmed that it has something to do with a bug with Bubbles.

We are aware and there will be improvements for this in a future update. It’s related to issues with Bubbles. turning off Bubbles will provide a temporary workaround.

While Motorola will be fixing or improving on some bugs and issues that come with the Android 11 update for the Motorola Edge, the admin hasn’t shared an ETA for these improvements or fixes.

Moreover, some of these bugs are likely to be present on the Android 11 update for other models that have picked up the update. Although, we’re unable to confirm the same at the time of writing.

That said, stay tuned to our dedicated tracker to know more about the availability of Android 11 for Motorola devices.

06:44 pm (IST): Another Motorola admin has confirmed a bunch of bugs and issues that came with the Android 11 update for the Motorola Edge. Hence, it seems the update was plagued with bugs.

Here are the reported bugs and responses from the Motorola admin for each of them:

screenshot editor saves both full screen and edited screenshots for no good reason. Everytime I do a screenshot of webpage etc I need to go to Google Photos and delete the full screen one.

I had not noticed this. Looks like a bug. Reporting.

We’ve seen this reported and reproduced it. Product team is investigating. 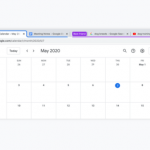