Motorola appears to be getting its software updates in order since it has pushed the Android 11 update to a few devices over the past couple of months.

The Motorola G Pro — a.k.a Motorola G Stylus — was the first smartphone to get the new Android version and then the Moto G8 and G8 Power followed suit.

Now it seems that the company has also begun rolling out Android 11 for the standard Motorola Edge as well according to details shared on the Moto Updates Tracker group on Telegram.

This new update is out for the Dual-SIM Motorola Edge with the model number XT2063-3-DS in Brazil. It carries the software version number RPD31.Q4U-39-26-4. Of course, apart from the new features and improvements that we’ve come to expect with Android 11, the update should also bring a newer security patch to the device.

In case you wish to manually flash the latest firmware on your device, we’ve shared the download link below:

It’s worth mentioning that the firmware shared above is meant for the retail Dual-SIM variant of the Motorola Edge sold in Brazil. So only flash the firmware if you have a fair understanding of what you’re getting into. Motorola is yet to confirm the release of the Android 11 update for the Motorola Edge on its official software updates tracker for the region.

Moreover, like most Android updates, this too is rolling out in batches and thus may not be available to all Motorola Edge users in Brazil at present, which may explain the lack of user reports.

That being said, now that the stable update has been released for the device in Brazil, it’s likely that we’ll see the update begin rolling out in other countries around the world soon.

So stay tuned to our dedicated tracker to know more about the availability of Android 11 for the Motorola Edge or any other eligible device from the company for that matter. 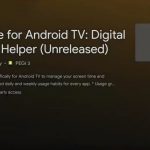 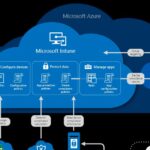