[Update: Verizon model gets it] Motorola Edge+ Android 11 update to be released on March 23

Motorola started sending out the Android 11 update towards the tail-end of last month starting with the Motorola G Pro.

Usually, OEMs release major updates for their flagships ahead of mid-range models. However, Motorola did not follow that that trend since its flagships — Motorola Edge and Edge+ — have not yet bagged the new Android version. The two aforementioned smartphones from the Lenovo-owned company come with Android 10 pre-installed and are thus eligible for the update to Android 11 and possibly Android 12 as well.

Motorola revealed a list of eligible devices for Android 11 in December last year but it did not divulge any details regarding the availability of the update.

Therefore, users have been left in the dark as to when they will be getting the latest Android version on their Motorola devices.

Now, thanks to Fido, this is no longer the case. The Canadian carrier has highlighted that it will be sending out Android 11 to the Motorola Edge+ on March 23.

The information was shared via the regularly updated OS upgrade schedule that Fido maintains. We’ve shared a screenshot of it below:

Prior to this, there were no details available regarding the availability of Android 11 for the Motorola Edge+.

It’s also worth pointing out that the update may go live before March 23 since most Android vendors, including Motorola, typically release software updates in Europe or Asia ahead of the Canadian or U.S. market.

Motorola is currently also soak testing the new Android version on a few devices such as the Motorola One Vision, One Hyper, and One Action.

Therefore, we should see these and other eligible devices from Motorola begin getting the Android 11 update in the following weeks or months.

In the meantime, be sure to check out our dedicated tracker to know the status of Android 11 for all smartphones from the company. 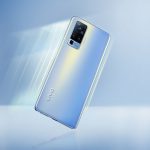