OnePlus Nord has, for the most part, seen just as nice of a treatment as the other OnePlus devices. So much so that it doesn’t seem like the Nord is not a flagship from the company.

The device came with Android 10-based OxygenOS 10 out of the box and while earlier reports indicated that the Android 11 update would come in November last year, that didn’t happen until sometime in March 2021.

The Android 11 update has been pretty stable on the OnePlus Nord, save for the inevitable issues here and there but for the most part, a solid update.

We also saw OnePlus kickstart the Open Beta program for the OnePlus Nord not too long ago and since then, the device has bagged a few iterations of the same and today, the company is rolling out the 5th version.

So what’s new in this Open Beta 5 for the OnePlus Nord? Well, like the Open Beta 4 we saw rolling out to the OnePlus 8T yesterday, this build is jam-packed with fixes and improvements. Below is the changelog.

Perhaps notable from this Open Beta 5 changelog is the fact that OnePlus is doubling down on the OnePlus Nord’s camera with a number of fixes to various aspects of the user experience and capability.

OnePlus has had a rough couple of months dealing with the backlash following the OxygenOS 11 design, the bug-ridden OxygenOS 11 updates, delayed Android 11 builds to its devices and most recently, the botched OnePlus Watch.

To see a company still managing to deliver updates to its devices even through such adversities is the kind of resilience we like to see moving forward.

We shall continue to keep an eye on OnePlus Nord and the rollout of this Open Beta 5 update and update as and when we get any new info so stay tuned. 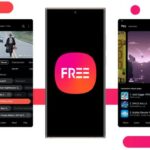