OnePlus has, in the past month, delivered what its users have been waiting for for many months following the rollout of Android 11 back in September 2020, stable OxygenOS 11.

This started with the OnePlus Nord bagging this build at the beginning of March and that was followed by some drama surrounding the OnePlus 7 build but even that is now out.

Sadly though, rollouts of OxygenOS 11 seem to have been ridden with issues from the beginning when we saw the company pushing out the said update to the OnePlus 8 series of devices.

While these issues don’t seem to be as dire as those of the OnePlus 8 devices, the stable OxygenOS 11 for the OnePlus Nord and OnePlus 7 devices is not without its fair share of issues either.

Already, we’ve seen reports of delayed notifications, issues with Warp charging among others, and today, users are facing yet another issue on their devices.

According to owners of the OnePlus Nord and OnePlus 7, their devices’ lock screen displays the clock in 24 hrs format even though their OxygenOS 11 system is set to the 12 hrs format.

Just upgraded my oneplus 7 pro to oxygen 11 and now my lock screen clock is in military time, where do I go to fix this? All my other clocks display the correct time, Is this a oneplus or Google thing?
Source

As it turns out, there is a rather simple workaround to this issue. According to a few users on the community forums, the solution could be as simple as toggling 24 hr clock system on then off.

I had the same issue too, but I think I found a solution… At least it worked for me. I just went into Settings – Date and time and turned on and off the 24 hour setting and it’s now showing me 12h time on the lock screen.

We shall continue to keep an eye on this and many other OnePlus stories and update as and when we get any further development.

In the meantime, you can check out our dedicated OxygenOS 11 bug tracker for more.

NOTE: We have these and many more OnePlus stories in our dedicated OnePlus section 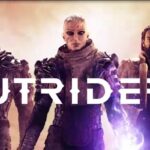 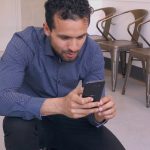