OnePlus rolled out Android 11 to its flagships, OnePlus 8 and OnePlus 8 Pro, about a month after Google’s official unveiling of this new version of Android, an impressive fete.

However, the company ‘dropped the ball’ when it came to extending the same treatment to the previous-gen flagships, the OnePlus 7 and OnePlus 7T series of devices.

Luckily, the company was able to sort out the issues that caused the delay of OxygenOS 11 to these Snapdragon 855 devices as we recently saw the rollout of the initial Android 11 Open Beta.

Already, we’ve seen a few major issues with this Open Beta build, most notable being the omission of the Always-on-Display feature, a feature that’s set to get added back in subsequent builds.

Today, it is coming to light that a number of users who updated their OnePlus 7T devices to OxygenOS 11 Open Beta 1 are unable to take full advantage of the devices’ Warp Charge feature.

The phone is charging way too slow. The warp charge sign is on bit the charging speed feels liks 2.5 amp
What should i do?
Source

Interestingly, there is a section of users of the OnePlus 7 series of devices (1, 2, 3, 4, 5, 6, 7) who have updated to the same OxygenOS 11 Open Beta and are not facing any issues related to slow Warp Charge.

Luckily for affected users, there might be a solution to this problem. According to a user who was experiencing this issue on their device, this can be fixed by giving the device two complete charge cycles.

Battery issue seems to have resolved everyone! Give it a few charging cycles and the warp charging will kick in!

Some users also recommend turning off the optimized charging option in the battery settings as this also impacts the device’s speed of charging.

We shall continue to keep an eye on this OnePlus 7T slow Warp Charge issue and update as and when we get more info or an official acknowledgment from OnePlus. However, this being a Beta build, these are the kind of issues expected.

Knowing OnePlus, this issue is most likely going to be fixed before the stable release so affected users might want to look out for the Open Beta 2 update.

12:11 pm (IST): OnePlus has fixed the slow charging issue on the OnePlus 7 and 7T series with the OxygenOS 11 Open Beta 3 update. Head here for the full story. 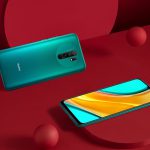 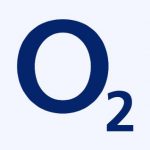