For users of the OnePlus 7 series of devices, the journey to Android 11 has been a particularly painstaking one. While early reports indicated a November 2020 rollout, that was never to be.

Decryption issues were cited as part of the reason for this delay, issues that have since been addressed, and recently, we got word that the Chinese variants are already running Public Beta builds.

With that development, it is only a matter of time before OnePlus does roll out OxygenOS 11 Open Beta programs for these OnePlus 7 devices.

But even as the wait continues, curious users have already installed the publicly available Android 11-based HydrogenOS 11 on their OnePlus 7 devices to take it for a spin.

It is from such tests that a few issues are now coming to light, one of which we’re going to be looking at today.

According to users of the OnePlus 7 devices that have installed Android 11 (HydrogenOS 11) on their devices, the public beta build seems to be missing the Always-on-Display (AOD) feature.

I’m not going to go on about how terrible they are with updates but I saw the Android 11 hydrogen OS 11 beta for OnePlus 7 and always on display AOD is missing, only the normal ambient display is available. Why the hell? I said last year on a sub that it will only be added in a later update, after the official build has rolled out and I’m scared I might be right. After all we’re still waiting for optimized charging to come to the stable version a year after it’s announcement.
Source

The same has also been pointed out by YouTuber TechiBee in his in-depth look at the features present in the Public Beta of Android 11-based HydrogenOS 11 for the OnePlus 7.

While this could very well be added back in subsequent Beta builds, a user who allegedly got in touch with OnePlus on this matter says that the company plans to have this feature added back in the stable build.

OnePlus customer service said that to me yesterday AOD function will come with the stable release. I think real question is: When will we get stable build of A11?
Source

With this, users of the global and other regional variants of the OnePlus 7 devices should expect Always-on-Display to be missing/broken in the upcoming Open Beta 1. But then again, it is a Beta build so this is expected.

We have been following many of these OxygenOS 11 bugs and issues and you can check them out in our dedicated tracker here. We shall continue to keep an eye on this and update as and when we get more info on the same so stay tuned.

IST 09:40 am In the release notes for the first Open Beta for OxygenOS 11 for OnePlus 7 and OnePlus 7T series of devices, the company notes that:

“Always-On-Display feature is under internal test and will be released in subsequent versions. In this build, you can use the “Ambient Display” by picking up your phone or tapping the screen, it can be turned on in the Settings”
Source

IST 02:30 pm While OnePlus would release the Always-On-Display feature in future updates, a user has taken to the XDA forums to share a workaround that should enable the AOD on the OxygenOS 11 beta 1 for the OnePlus 7T and 7 series.

It’s worth noting that for this to work, you will need a rooted device. So if you aren’t willing to root your OnePlus 7/7T series device, you would have to wait for the company to officially enable the feature.

All you have to do is enable the feature, which is disabled in the “OPFeatures” framework. This is very simple, and can be done in two lines in a root terminal (ie. do “su” first):
setprop sys.aod.debug_support_always_on 1
pkill systemui

The individual has also shared a complete guide on how to get the feature working even after rebooting the device. You can check out all the steps by heading here.

IST 02:45 pm OnePlus has released the OxygenOS 11 Open Beta 2 update for the OnePlus 7 and 7T series which has brought the Always on Display (AOD) functionality to the devices. Head here to read our full coverage.

IST 11:10 am The HydrogenOS 11 Open Beta 2 update is now out. As expected, it brings a bunch of fixes and improvements. Moreover, it adds the Always on Display function as well. More details here.

IST 12:20 pm While the Pro models from the 7 and 7T series have bagged the AOD function, it is still not available for the OnePlus 7 and OnePlus 7T even with the OxygenOS 11 Open Beta 3 update that was released yesterday according to some users (1, 2, 3). More on that here.

IST 12:10 pm Open Beta 3 for the OnePlus 7 has been delayed for both OxygenOS 11 and HydrogenOS 11. A message on the Chinese community forum confirms that the hold up is the Always-on-Display feature. More on that here. 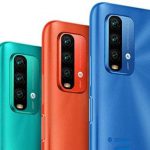