Talks of a stable Android 11 release for the Redmi Note 9 Pro have been doing rounds for quite a while now but are always riddled with speculation and very little actual results.

The rollout commenced with a very unexpected release in India back in November. Although it is worth mentioning here that the Indian Redmi Note 9 Pro is slightly different from its global counterpart even though they have got the same names.

But following this initial release, there has been a period of stagnation that has aroused plenty of anxious anticipation from those waiting to get a taste of Android 11. After all, ideally, the update should’ve hit the global users shortly following the Indian rollout.

This sadly hasn’t exactly been the case, as the initial rollout was said to be riddled with bugs which prompted Xiaomi to pull back the update and re-release it over a month later.

And almost a week later, the Redmi Note 9S, which is the true global variant of the Indian Redmi Note 9 Pro, started to receive the Android 11-based MIUI 12 update as well. This was seemingly conducted in a phased manner though.

So having rolled out for the Redmi Note 9S and the Indian Redmi Note 9 Pro, the wait has been on for the global Redmi Note 9 Pro. Early reports had indicated that the device was slated to receive the Android 11 update by the end of 2020 itself.

But this date was then shifted to Q1 2021. Following this, the purported release was shifted once more towards the end of February. However, a third of March is now already over and the wait has only continued.

That said, a new development has now come to light with regards to Android 11 for the global Redmi Note 9 Pro specifying that the update is still under internal testing.

A definitive release date has still not been provided, but one can expect the update to roll out widely pretty soon given that it has already made it to some of the others in the Redmi Note 9 series, except the non-Pro Redmi Note 9 of course.

Moreover, information about which region will receive the update first has still not been made available. Therefore, for now, be sure to keep an eye on our dedicated Xiaomi Android 11 update tracker for more info.

So yeah the matter overall is pretty messed up although you will also be pleased to know that the Redmi Note 9 Pro is undergoing some rapid MIUI 12.5 beta development. This could also explain the delays in the Android 11-based MIUI 12 rollout.

The device is slated to bag it sometime in Q2 2021, so you might also want to stay tuned to our dedicated MIUI 12.5 update tracker. 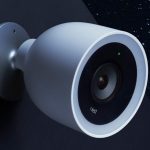