It’s been about two weeks since MIUI 12.5 entered the beta testing channel following its launch at the end of last month back in China.

MIUI 12.5 is basically a stop-gap update before the big MIUI 13 arrives probably later this year. For some devices, it will bring along a new Android 11 OS while others will still get it based on an older OS.

Of course, only select Redmi Note 9 devices with Chinese variants are currently testing MIUI 12.5 beta, among them the Redmi Note 9 Pro 5G aka Mi 10T Lite aka Mi 10i and Redmi Note 9 5G.

Although the Indian Redmi Note 9 Pro bagged the update to Android 11 a while ago, it came with MIUI 12 and not MIUI 12.5 on board. Unfortunately, though, the rollout has since been halted.

Earlier this week, we bumped into reports that Android 11 stable update was being tested internally for devices like the Redmi Note 9 4G (China) and Redmi Note 9 Pro 5G ahead of rollout.

While we couldn’t independently verify how true this info was, we are now getting more info to further corroborate previous reports on the same.

This comes after concerned users of various devices in the series raised concerns about the lack of software updates in recent times.

Will there be any update for Redmi Note 9 Pro EU? I have 12.0.1 for more than a month and there are not any news about a new version for EU ROM
Source

When is Xiaomi planning to release an Android 12.0.2.0 update for Redmi Note 9 Pro max? The security patch on my phone is of September 2020 and i cant access my office e-mails uless the security patch is updated to October 2020 or beyond. Please comment.
Source

In response, a forum mod attributes the lack of updates to the ongoing MIUI 12.5 development, adding that the delay is likely deliberate as Xiaomi is holding out for a huge update in the near future.

The same forum mod further notes that in the event MIUI 12.5 update based on Android 11 for the Redmi Note 9 series delays further, it is possible Xiaomi will push a MIUI 12-based security patch.

Xiaomi releases security patches along with MIUI updates, so it may be delayed a bit. The devs are working on Android 11 for Redmi Note 9 series, and hence the delay. But a new update with updated security patch might be released before that.
Source

Devs are working on Android 11 update for Redmi Note 9 series, and hence the delay. It should get a new security patch update if Android 11 takes long. We do not have any exact dates for the update though. Kindly wait.
Source

The fact that April is the scheduled release date for MIUI 12.5 stable update in China, it is possible that the Redmi Note 9 series will see another Android 10-based security patch before Android 11 arrives later on. 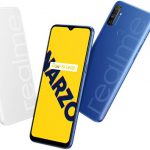