HTC hasn’t been in the spotlight for a while now and the company is yet to share any details regarding its plans for the rollout of Android 11.

Matter of fact, the company didn’t even release the update to Android 10 for one of its flagship smartphones — the HTC U12+. It would have been the second major OS update for the phone.

The device launched with Android 8.0 Oreo pre-installed and got the Android 9 Pie update in August 2019. That was the first and last major OS update it got. But thanks to the developer community, interested users got a chance to try out Android 10 on the device via the ViperExperience custom ROM. More on that here.

Now, it’s no surprise that the device won’t be getting the Android 12 update officially. However, those who don’t mind tinkering with their devices can get their hands on the latest Android version thanks to the ViperExperience Alpha 7 custom ROM.

Since the ROM is still in its beta stages, there will be a few bugs and issues that you may run into. That said, the HTC U12+ isn’t the only HTC smartphone that has bagged support for an Android 11-based custom ROM.

The roughly 4-year-old HTC U11 has also got the Android 11 update since an unofficial LineageOS 18.1 has now surfaced with support for the device. HTC released the device with Android 7.1 and it got the update to Android 8 as well as Android 9 which was its second major OS update.

Since HTC isn’t likely to release Android 11 for either of the two phones, you can try out the OS with the ViperExperience Alpha 7 custom ROM on the HTC U12+ and with LineageOS 18.1 on the HTC U11 by downloading them from the links below.

Make sure to back up important files on your device since flashing the ROM will erase all personal files from the device.

With the Android 12 Developer Preview already underway, it’s a tad disappointing to see some OEMs like HTC struggling with rolling out Android 10.

That said, thanks to developers, even though OEMs may neglect to update their devices with the latest Android version, users can still opt to flash a custom ROM to experience most of the new features and then some.

To keep track of the Android 11 rollout from all major OEMs and carriers, including HTC, you can head here. 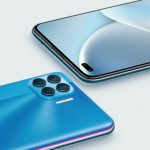