Gone are the days when HTC used to be the best with innovative smartphone designs and regular software updates. Today, the Taiwanese company is merely a shadow of the HTC we once knew.

Following the transfer of almost half of its smartphone tech and personnel to Google back in 2017, the company today finds itself in a difficult situation that has even made the task of updating its current portfolio of phones an uphill climb.

To date, only a single HTC device has been updated to Android 10 OS – the Android One-powered HTC U11 Life. This device goes by the name HTC X2 in Japan, where the 10 update has also been released to the device.

Many owners of the HTC U12+ were hopeful that the Android 10 update would follow soon after the U11 Life got it. But it has now been weeks since the device got it and nothing yet for its premium counterpart.

Frustrated at the lack of communication regarding the HTC U12+ Android 10 update, a device owner asked the company about the availability of the OS and the response is even more frustrating, to say the least.

Regarding your question, the HTC U12 latest update available is the Android Pie (9.0). As far as we know, none of the HTC phones have received the Android 10 update and there is no information on when this update will be released or if it’s going to be even released.

Apparently, no one at HTC knows if the HTC U12+ Android 10 update is going to happen, leave alone when. For a device that is less than two years old and cost $800 at launch, this is utter hogwash.

On the brighter side, we still haven’t heard any official word from HTC itself, so there is still room for optimism. Meanwhile, interested HTC U12+ owners can get on board the Android 10 ship right away via the ViperExperience custom ROM, albeit in beta. Details here. 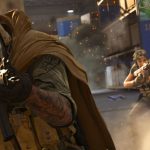 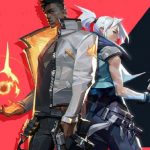