The Xiaomi Mi A3 is very likely the last Android One-powered device. This is because if the usual cycle is to go by, the Mi A4 should’ve been out already. However, as of January 2021, the successor is yet to be announced.

All this comes when Xiaomi has sped up its MIUI development process more than ever, thus effectively adding new features on a weekly basis to its beta channel – the likes of which we haven’t seen any other OEM do so.

Nonetheless, from the aforementioned, it’s clear that the Chinese company has other priorities in mind. And as MIUI’s popularity keeps growing day by day, it is about time they shut down their Android One program.

It is still sad to see this happen, granted if it truly is the case, given the fact that there are still many that prefer the clean look of stock Android over the heavily customized, ad-filled experience of MIUI.

Moreover, few OEMs take up the extra initiative required to simultaneously ship two variants of software with their offerings. Targetting a very niche userbase is simply not worth the effort. We have seen Asus do this in the past where it failed miserably.

Even the Mi A3 is no stranger when it comes to bugs and issues. Recently, Xiaomi had to roll back the Android 11 update for the device because it led to bricking issues.

And this isn’t the first time the OEM has messed up stuff with updates. So much so, that we have created an entire tracker covering some of the most trending issues that arose with the Android 11 update.

That said, not all is grim for the Mi A3 as it recently bagged a January update sized 329 MB that brings about several changes, tweaks, and of course, the January security patch.

As clear from above, Xiaomi has claimed to roll out several performance optimizations and miscellaneous bug fixes. Hopefully, this includes fixes for common bugs like chat bubbles issues and touchscreen/UI lags.

To access it, simply pull down your notifications panel, hit the edit icon, and add it to your quick settings tiles. It’s quite odd, however, that the changelog hasn’t mentioned anything about it.

Furthermore, the update also fixes the status bar padding issues on the device and effectively gives them a perfect alignment.

With that being said, we are hopeful that Xiaomi will continue rolling out bug-fixing patches like this January security update for Mi A3, and with time, smoothen out every remaining minor bug being present on the device. 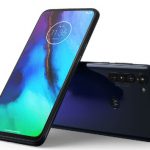 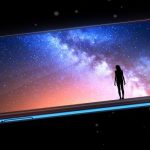