[Update: Re-released; Live in Europe] Xiaomi Mi A3 Android 11 update begins rolling out, but some say it bricks their devices

Xiaomi has started rolling out the update to Android 11 to its one and only eligible Android One device – Xiaomi Mi A3.

For some reason, Xiaomi did not update its popular Mi A series this year. Instead, the Mi A3 remains the newest in the family – and thus, by Android One standards, the only one eligible for Android 11 update.

While there was no official date announced by Xiaomi with regards to providing the Mi A3 Android 11 update, we are now seeing reports from device owners confirming the release of the OS.

The update is arriving over the air and weighs in at 1.40GB, tagging along the following changes:

Below is a screenshot from one of the few Mi A3 users that have already bagged the update to Android 11 on their handsets.

There is still no official announcement from Xiaomi regarding this update, so it may likely be a limited release to test the waters.

Speaking of testing, we already are seeing some reports from early adopters claiming that the update is bricking their devices.

My phone is not booting up, after installation of A11 ota

Also received this update and the phone seems to be absolutely dead after installing ? No reactions at all. No energy load , nothing at all. What to do now ?
Source

How widespread this issue is remains to be seen, but you might want to hold off for now, at least until we can put together more reports on the nature of this issue.

04:10 pm (IST): Xiaomi has reportedly acknowledged the issue and has halted the rollout of the Android 11 update for the Mi A3. The company made the following statement:

“It has come to our notice that few users of Mi A3 are facing issues with the recent OTA update of Android 11,” the company said. “While the rollout has been stopped already at our end, our teams are working towards resolving the issue at the earliest. Customer experience is our topmost priority and we regret the inconvenience caused. We will keep all users updated on the next steps.”

01:07 pm (IST): Xiaomi has provided affected Mi A3 users with an official solution to turn to, details of which can be found here.

05:18 pm (IST): It looks like Xiaomi has re-released the Mi A3 Android 11 update and this time users are reporting success installing it. Still, you’d rather stay patient for a little longer. 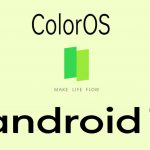