Has Xiaomi shelved Mi A4 plans (and Android One project altogether)?

The Xiaomi Mi A4 was expected to launch this year bringing a vanilla Android experience at an affordable price. Xiaomi’s first Android One smartphone came in the form of the Mi A1 that released back in 2017. It was essentially the Mi 5X but without the bloated MIUI skin.

And thanks to that bloatware-free UI along with excellent specifications and camera performance for the price, the device went on to become one of the most popular budget phones for 2017.

In fact, fans loved the Mi A1’s stock Android UI so much that Xiaomi had to delete its poll in which it had asked users on Twitter to vote for which skin offers the best user experience, which at the time was MIUI 9 or Android One.

In the poll, 57% of users had voted for the Android One experience which left Xiaomi’s own MIUI 9 skin with only 43% of votes. Thus, Xiaomi quickly deleted the poll but apparently, not quickly enough.

Cut to now, Mi A series fans have been waiting for Xiaomi to unveil the next device from the series which was expected to be called the Mi A4. However, a new post on the Mi Community forums by a moderator suggests that Xiaomi has scrapped the plans to launch the Mi A4.

The post was uploaded today but is no longer available for unknown reasons at present. According to the information in the now-deleted post, the Android One software offered by Google was becoming a “nightmare” for Xiaomi to work with.

As a result, Xiaomi might have shelved the plans to launch the Mi A4 this year. Further, this decision may also lead to the company completely abandoning the Android One program in favor of launching smartphones running exclusively with its MIUI skin onboard.

Of course, we can’t say we didn’t see this coming. In fact, we suggested that Xiaomi should fix its Android One software or forget about the Mi A4. This is because it appeared as though the company was not able to manage the updates for the Mi A series.

At first, the Mi A1’s Android Oreo update was pulled a few times. Then a year later, the Android 9 Pie update for the Mi A2/A2 Lite brought along a plethora of bugs and issues. Further, even the Android 10 update for the Mi A3 was halted due to multiple issues. But that’s not all since there were many other problems along the way.

But before we get ahead of ourselves, it’s worth pointing out that Xiaomi is yet to officially announce that it has scrapped the plans to launch the Mi A4. Neither has the Chinese company claimed that it will abandon the Android One program, yet.

The moderator who posted the information surrounding Xiaomi’s decision to drop the Mi A4 and possibly the Android One program goes by the name of FelixBR on the Mi Community. So take this news with a pinch of salt and wait for an official announcement from Xiaomi on the matter. 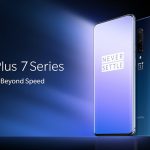