Xiaomi has just released the March security patch for the Xiaomi Mi A2. The Mi A2 is a device which falls under the Android One initiative. Android One devices possess a near stock version of the Android operating system and are bloatware free.

Android One devices are also guaranteed regular security updates and at least two years of Android updates. They are also optimized for Google assistant and come with the full suite of Google applications.

However, the January update from Xiaomi for the Mi A2 did not go according to plan. It caused bootloops for numerous users all over the world, and those who had a locked bootloader had to visit Xiaomi service centers in order to restore their devices back to working condition.

The February update did not improve the situation at all. Various users from around the globe reported having bootlooped devices after the February update. One such user has posted his attempts to recover his phone from the bootloop in vivid detail. Unfortunately, the user was unable to recover his device even after attempting it for hours. This was due to the fact that he had a locked bootloader which was the case with most Mi A2 device owners. March Update for Xiaomi Mi A2

The March update for the Xiaomi Mi A2 has been released on March 13. The update has a version number 10.0.5, which is a stable version of Android Pie with a rollout to all users a.k.a a public rollout.

Luckily, there aren’t any reports regarding users encountering bootloops after the March update for the Mi A2. The March update has finally brought Android 9 Pie to all Xiaomi Mi A2 users worldwide without causing bootloop issues.

The March update has fixed multiple issues regarding the Mi A2. The screen flickering and color inaccuracy which was caused by the February has been resolved. The March update for the Xiaomi Mi A2 has also improved the camera quality, when compared to the February update. However, the March update for the Xiaomi Mi A2 has brought some less serious issues of its own.

Please re-recruit the mi a2 beta testing team.Because they are lazy to find bug or they are dumb.Please upgrade your developer team for bugless update Xiaomi.See this bug we are go to which direction 4g to 5g And Xiaomi devlopers roll back mi a2 user to 3g from 4g.@manukumarjain pic.twitter.com/oZpdI8RwWN This has been reported to cause issues if you are using two SIM cards at the same time. According to several users, this causes 1 SIM to have 4G, while the other SIM doesn’t connect to the network.

Now talk about bug. I and many other user found that mi a2 is has issue with dual 4g volte problem.

If i put jio sim in both sim slot at same time. One gonna work and second is don't get network. Before this update there is 4g option in the mobile data section now it is gone.

To fix this issue, all you need to do, is to follow the listed steps below.

Additionally, the flash doesn’t turn on when you’re trying to take a selfie. The flash will not come on even if you’ve turned it on manual mode. However, the flash does work if you’re taking a selfie in auto-mode and the AI detects the need for it.

Furthermore, notifications for the Play Store aren’t functioning as of this moment, for a part of Mi A2 users. Some users have reported not being notified when there are available updates or even after the updates have been installed. The cache clearing issue exists even after march update. At this point of time I have lost hope

March update for Mi A2 is available! from Xiaomi

Xiaomi pulled back the March OTA update for Mi A2 and Mi A2 Lite after users reported various network issues. A new bugfix build (V10.0.7.0.PDLMIXM) is currently rolling out. See here for further details. 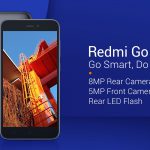 Yes, that Galaxy S10 clicking noise or sound from camera is completely normal